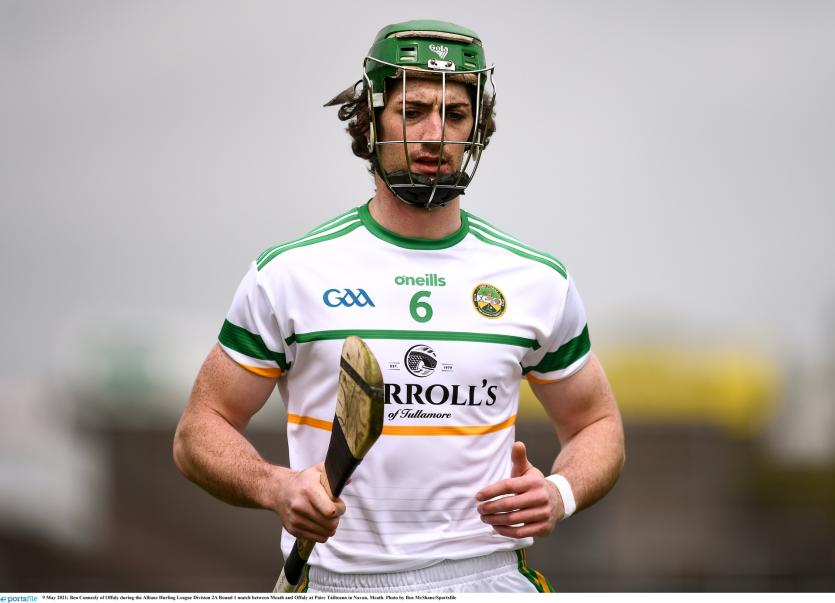 OFFALY have made two changes in personnel for their big National Hurling League Division 2A showdown with Kerry in Tullamore on Sunday.

Jordan Quinn of Kilcormac/Killoughey and Belmont's Damien Egan come into the team ar corner back in place of Joey Keenaghan and Paddy Delaney. Keenaghan and Delaney limped off with ankle injuries in the first half of last Sunday's facile win over Meath and as expected, neither has recovered in time.

The only other change is a positional one with Oisin Kelly selected at centre half forward and Liam Langton moved to corner forward. Langton scored five fine points from play last Sunday while Kelly got an important early goal as Offaly started slowly,

Luke O'Connor, St Rynagh's has been added to the subs bench. Lusmagh's Eimhin Kelly was a late addition to the subs last Sunday, coming on in the second half and he is named there again.

Sunday's game is a big one for Offaly and will go a long way towards defining their campaign. They played well in the 3-25 to 3-9 win over Meath but Kerry will tell a lot more about them. A win will put Offaly firmly in the promotion hunt as well as boosting confidence.

Throw-in is at 2pm and it is available to stream live for €5 through:: https://page.inplayer.com/offalygaafaithfultv/