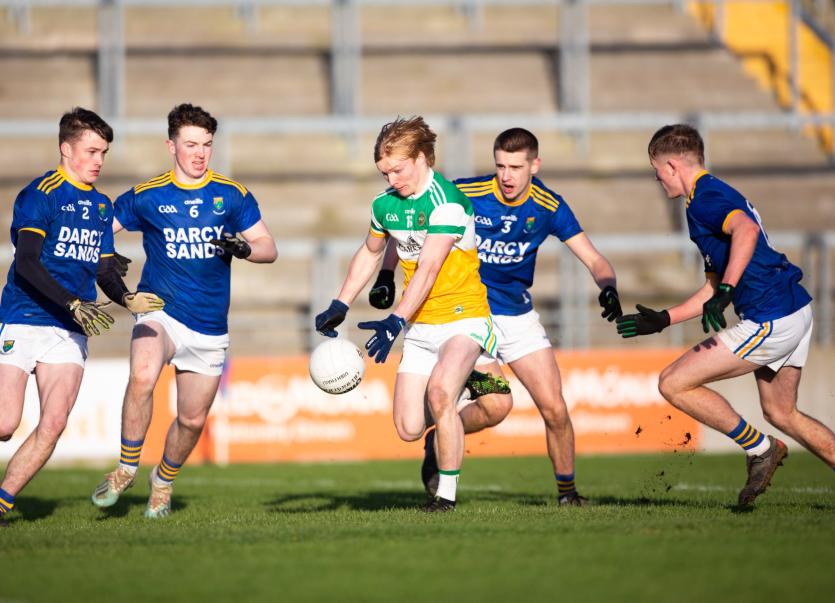 OFFALY minor and U-20 footballers and hurlers will receive byes in the 2021 Leinster championships. The draws will be made by Leinster Council on Thursday morning and they have adjusted their usual format to allow for the completion of the 2020 championships.

Offaly are in both the 2020 Leinster Minor Football and Hurling Championship finals. Fixtures were made for these last week.

Central Council drew up dates for the All-Ireland series in the outstanding 2020 championships last week as well as the 2021 ones.

Offaly's fate in the 2020 finals will dictate the extent of their byes in some of the 2021 championships. Many of the 2020 minor teams will be immediately drafted into the county U-20 football and hurling squads while others are still eligible for minor this year.

The fixtures were made after relaxed Covid-19 restrictions allowed underage games to go ahead. The 2020 finals were supposed to be played in early January but were postponed after the Government enforced a lockdown amid alarm at growing Covid-19 numbers.

The counties had been told that the finals would be fixed as soon as regulations allowed them to do so. They will take place after the Leaving Certificate results.

It will be a particularly busy few days for Offaly dual star Cormac Egan. The Tullamore man has been in outstanding form for both minor footballers and hurlers but the three days gap is considerably better than what he was facing in January – the finals were fixed on consecutive days with the minor hurling first up but now football will have first use of his very valuable services.

Offaly have another dual player in Belmont's Patrick Taaffe. Injury would have ruled Taaffe out of the original fixtures but the long delay has given him time to recover – Taaffe had been excellent for the Offaly minor hurling defence in their win over Laois.

Both squads have been working on their own in recent weeks and will now be allowed back into collective training. It is Offaly's first time in a while to make a real impact at these grades and there is optimism that they can collect at least one title.

The 2020 Leinster minor hurling champions will go straight into the All-Ireland final and that adds to the importance of the Offaly v Kilkenny clash. The Leinster champions play Ulster in the 2020 All-Ireland minor football semi-final.

The delay has made a big difference in terms of the physicality of players. Many of the Offaly players in both squads have noticeably grown and developed in the past few months and will now be akin to the old minor grade in terms of physicality – it was changed from U-18 to U-17 a couple of years ago.

The fixtures for the All-Ireland series are as follows:

Meanwhile the Leinster Senior Football Championship clash between Offaly and Louth has been fixed for Navan on Sunday, June 27. O'Connor Park will host the meeting of Carlow and Longford on the same day while Wicklow have home venue against Wexford in Aughrim.