Offaly mix the old and the new for Meath opener 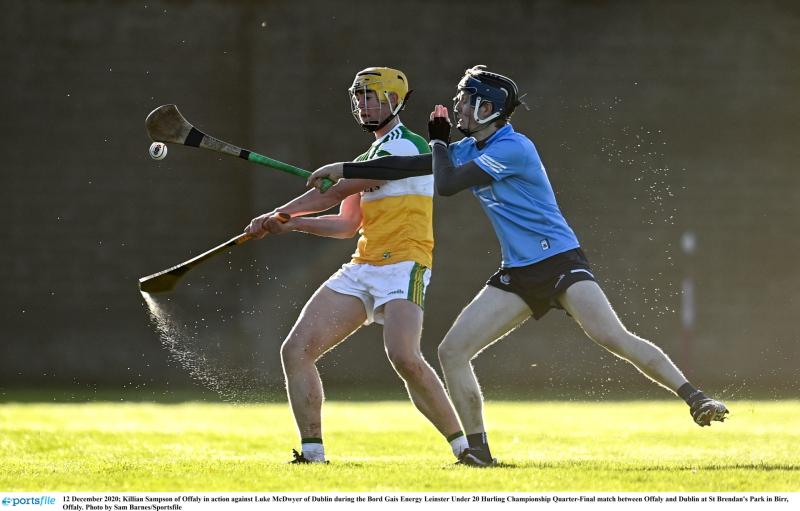 Killian Sampson will start for Offaly against Meath.

OFFALY have named a mixture of established and more inexperienced players for Sunday's National Hurling League Division 2A opener against Meath in Navan.

Clodiagh Gaels' Joey Keenaghan, Durrow's Ross Ravenhill and Seir Kieran's Adrian Hynes will start their first game for Offaly – Keenaghan and Ravenhill have come on as a sub in the league previously and Hynes came on as a sub in the Christy Ring Cup defeat by Down last year – while there is a debut for Shinrone's Killian Sampson.

Keenaghan will start at corner back, Sampson at wing back, Ravenhill is at midfield and Hynes has been selected at full forward. The Offaly defence will be marshalled by full back Ciaran Burke and centre half back Ben Conneely.

Leon Fox will partner Ravenhill at midfield while Offaly Have a strong looking attack with Shane Kinsella, Eoghan Cahill and Liam Langton on their half forward line. They will be expecting plenty of scores from this trio while Oisin Kelly and Colm Gath are each side of Hynes in the full forward line.

Offaly's most experienced player, Shane Dooley is on the subs bench and may see action in the attack at some stage. David Nally and Brian Duignan have also been left off for this one but could also be introduced.

Sunday's game is an important one for Offaly. Meath are one of four Joe McDonagh Cup sides that Offaly will meet in the league. Kerry, Carlow and Down are the others while Offaly will face fellow Christy Ring Cup opposition Wicklow away in their last game.

Sunday's game will tell a lot about their prospects. Offaly lived dangerously before beating Meath in Birr last year and they will have to produce a good performance to repeat that result here. It is a 50/50 game but Offaly have a good chance of a morale boosting early win.

While Offaly would love to win league promotion, their big target this year is winning the Christy Cup. As a result manager Michael Fennelly will be using the league to give new and young players experience but he will also be looking for wins and performances.

The  match will be streamed live at 2.00pm by Meath GAA for €5 through this link: www.meath.gaa.ie/MeathGAATV