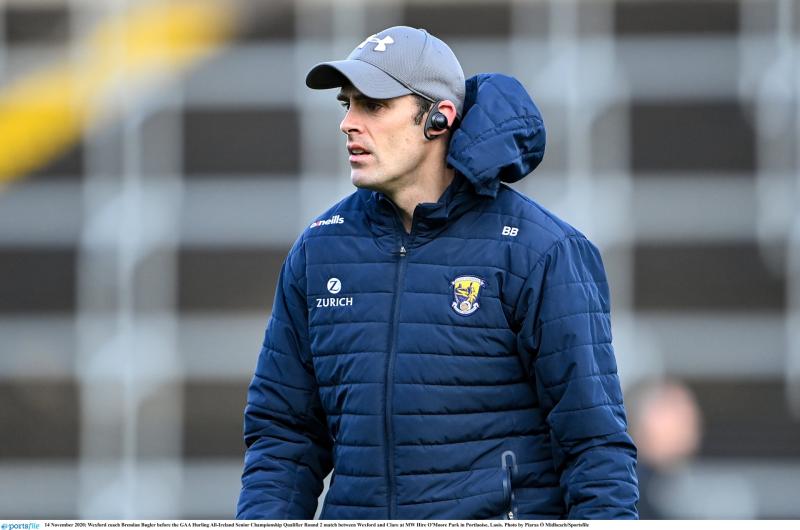 BIRR have made a high profile appointment by securing the services of former Clare hurler Brendan Bugler as their new senior hurling manager.

Bugler replaces local man Barry Whelahan as manager and will be aiming to bring them to the next level after a couple of years of solid progress under the former Birr and Offaly hurler.

From Whitegate in Clare, Bugler brings a wealth of playing and coaching experience with him to his new job.

He was an excellent wing back for Clare, making his debut for them in 2007 and winning an All-Ireland Senior Hurling Championship medal in 2013. He won All-Star awards in 2012 and 2013 and retired from inter-county hurling in 2017.

Bugler has turned to coaching and managing teams since his retirement. He served as a selector and coach with his former Clare manager Davy Fitzgerald in Wexford this year. He was the manager-coach of the Loughrea senior hurlers in Galway in 2019 and he managed St Flannan's of Ennis to Harty Cup glory in 2020.

Selectors have not been appointed yet but the management team will be finalised in the coming weeks.

Birr GAA will have been relieved to have got their manager in place and it ends months of hunting and talking to candidates.

Barry Whelahan stepped down as manager after Birr's defeat by St Rynagh's in the Senior Hurling Championship semi-final a couple of months ago. After a few years of struggle following the end of their greatest ever run of success towards the end of the last decade – they last won the Offaly title in 2008 after a fantastic run of dominance at local, provincial and national level -, Birr turned a corner during Whelahan's tenure.

They were particularly unlucky in 2019 when they had St Rynagh's on the ropes in the Senior Hurling Championship final but were overhauled by a late rally. They didn't recapture that form this season and Whelahan decided to walk away after the semi-final defeat.

There had been plenty of speculation about candidates, both inside and outside the county in recent weeks and they were linked with new Laois senior hurling manager Seamus Plunkett a few weeks ago. It is understood that they were close to securing Plunkett's services but fate intervened when an extraordinary sequence of events in Laois saw him return for his second term as their senior hurling manager. Former Kilkenny hurler Eddie Brennan had been expected to be reappointed but after an off the record chat following an interview with former Laois footballer Colm Parkinson for a GAA podcast was broadcast publically, he left. Brennan had expressed strong criticism of the Laois County Board in that off the record chat and it effectively made his departure unavoidable.

Birr's search eventually took them to the door of Bugler and they will have been delighted to have secured his services.

Birr have a talented young team with a few good emerging hurlers but the new manager will face challenges. Excellent long servants such as Sean Ryan, Michael Verney and Paul Cleary are now in the Winter of their career and they will be hard to replace as they decline or step away.

The appointment of Mannix as strength and conditioning coach is a key element of the Birr decision. While Birr have introduced some promising young hurlers in the past couple of seasons and have more on the wings ready to come through – the development of minor scoring machine Lochlann Quinn in the coming seasons and his progress to the Birr team fairly soon will be especially exciting for them -, some of these are quite small and need plenty of strength and conditioning work.

With this year's Senior Hurling Championship not yet completed and no definite dates possible for the final with Covid-19 level 5 restrictions in force at the moment, the Offaly GAA County Board have not yet released plans for next year's championship but that will be done in the coming weeks. Those dates will determine Bugler's training plans but players are likely to be given strength and conditioning schedules immediately, before collective training begins in a few weeks time.