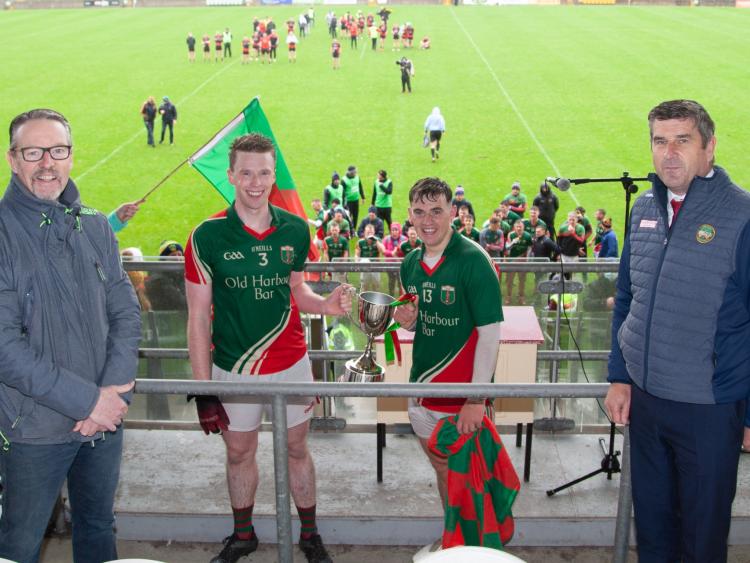 Restrictions on match attendances has savaged the Offaly GAA finances.

THE full impact of Covid-19 on sporting bodies has been shown in its stark and inescapable reality with the publication of the Offaly GAA financial accounts. The accounts, released to clubs this evening ahead of Offaly GAA Covention next Tuesday evening, show a quite savage loss of €259,983 on their financial trading for the year ending October 31 2020.

This positively shocking turn in fortunes can be attributed to the impact of Covid-19 on the GAA in the county. Last year, Offaly GAA managed a profit of €36,226 on their year's activities but the roof has fallen in this year with income dropping by over €500,000 while an accompanying drop in expenditure was nowhere near enough to balance the books.

The biggest loss sustained by the board was in gate receipts, normally their biggest source of income but with attendances either restricted to a couple of hundred or banned all together, this went through the floor.

The accounts show figures for the board's day to day running, O'Connor Park and Faithful Fields in Kilcormac.

The loss of income from associated body is a huge factor in the overall figures – normally, Offaly would yield considerable money in grants and shares of gates to help prepare teams and run the board but these have fallen off the cliff. National league shares have dropped from €58,285 to €21,967 and commercial income from Croke Park has fallen from €185,000 to €80,000

The biggest source of expenditure is always the preparation of inter-county teams but the figures here are thought provoking. With training curtailed for much of the year and a very condensed season, the drop in figures from 2019 to 2020 is nowhere near as big as might have been expected. The 2020 figure is a still very big €610,390, down from €758,075 last year – the savings here have been more than negated by the loss from match revenue.

A perusal of the figures for income from club games shows where the problems are: last year Offaly collected over €40,000 from each of their senior football and hurling finals while this year, they got just €3,785 from the football decider and the hurling final hasn't taken place yet. Outside of the county senior semi-finals and finals, Offaly got €209,989 from gate receipts for all other games (group games in senior and all other grades including finals) in 2019 but raised just €63,444 this year.

Live streaming of games did provide some income but it was miniscule compared to the amount that would normally be paid in at gates – Faithful TV showed a net profit of €20,704 compared to €3,247 last year.

There was a drop in the volume of money spent on coaching and games development, due to such a curtailed season and a decision to cut back on coaching staff – Offaly spent €36,750 this year compared to €111,505 last year.

Despite much less training and games than normally, the figures for preparing county teams remain high. Included in these are the basic catering, travel, players' expenses and medical costs as well as the money paid to the various county managers and their backroom staff.

This represents a near €100,000 swing in fortunes and the loss of revenue from games is the clear factor with O'Connor Park – with the grounds still having to be maintained, the debt having to be met and depreciation the same factor as normal, expenditure held fairly steady between the two years with a generally manageable increase of less than €6,000 this year but income dropped by close to €100,000 and this is a major factor in that overall deficit.

The reason for the disparity in figures is very simple: last year, Offaly GAA got €107,419 in income from matches staged in O'Connor Park but this year, they got a tiny €15,883. Yet expenditure remained at very similar levels with the figure for depreciation almost constant – it was €198,052 last year, a drop of just under €700 from last year. Offaly GAA did get Covid-19 grants of €118,440 from Central Council/Sports Ireland to help offset the overall losses as well as €48,000 for O'Connor Park but in the general scheme of things, this was nowhere near sufficient to ensure they can run a steady financial ship.

It is also clear from the accounts that while Faithful Fields was built debt free, it is going to cost the board money each year to maintain and continue develop the grounds – however, this will be money well spent for having a dedicated base for county teams, unlike the recent past when they were reliant on clubs for training venues. With less activity in the ground because training wasn't allowed for prolonged months, the cost of general repairs and upkeep dropped to €48,721 from €73,092 last year but last year's accounts included a figure of €10,081 for the Faithful Fields shop and miscelleanous income but there is a blank here this year.

The accounts show that less money was spent across the board, apart from with O'Connor Park, but the huge drop in income completely negated this. The County Board's basic adminstration expenses (printing, stationary, wages, audit, accountancy fees etc) did drop to €68,700 from €91,973.

The accounts demonstrate the extent of the challenges facing the GAA and all sports organisations and this will be replicated across the board in other counties. It is clear that Government and GAA support is urgently needed for counties and that they really need some form of normality to return next year and people allowed attend games in numbers again as this situation will not be sustainable for any period of time.

The County Board have also made cuts to help adjust to the new climate and have reduced the cost of their coaching staff – this came to €33,011 in 2020 compared to €78,551 last year. Yet increasing coaching and putting more people into schools, clubs etc is one of the explicit aims of chairman Michael Duignan and this very strange year certainly scuppered his immediate plans.

The accounts will be discussed by delegates at a virtual Convention next Tuesday evening.