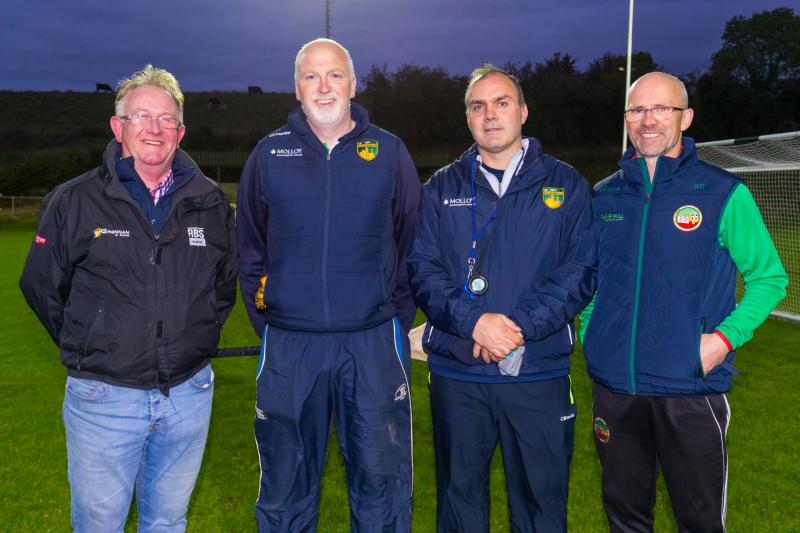 SHANE Hand has been appointed as the Drumcullen hurling manager, replacing Adrian Clancy of St Rynagh's. Clancy is taking up a full time coaching role in the new year and this is the reason for the change of manager.

An U-20 hurling selector with Offaly this year, Clancy had done very well to guide Drumcullen to the Senior “B” Hurling Championship final this year, where they will play Kinnitty – Drumcullen have been absolutely delighted to reach the final and with two being promoted this year, they are guaranteed top flight hurling in 2021.

Drumcullen have confounded predictions by reaching the final but a shock group win over championship favourites Kinnitty really transformed their year and they had an excellent victory over Tullamore in the semi-final.

The senior “B” final has now been deferred until the new year and is likely to be played in January – Kilcormac/Killoughey man Shane Hand will now be at the helm for this and he will also prepare them for the Senior Hurling Championship which will take place later in the summer. Their aim here will be to avoid relegation.

An excellent underage hurler, Hand won a plethora of underage medals with Kilcormac/Killoughey. He played minor and U-21 hurling for Offaly and made one senior appearance, coming on as a sub in a shock National Hurling League defeat by Down in1994. He gave years of service to Kilcormac/Killoughey senior hurlers but his career co-incided with an era during which they just couldn't make the ultimate breakthrough, suffering a series of agonising defeats in big games.

He has proven to be a successful manager in recent years and guided Ballinamere to Intermediate and Senior “B” Hurling Championship wins in successive years. He has been an Offaly U-20 hurling selector with Adrian Clancy under Birr's Gary Cahill in the past couple of years – they had a memorable win over Dublin last year before losing to Wexford in the semi-final. They started well this year with a win over Westmeath and meet Dublin in the semi-final – Leinster Council hope to play that game in the middle of December and run the championship off before Christmas if Covid-19 regulations allow it.