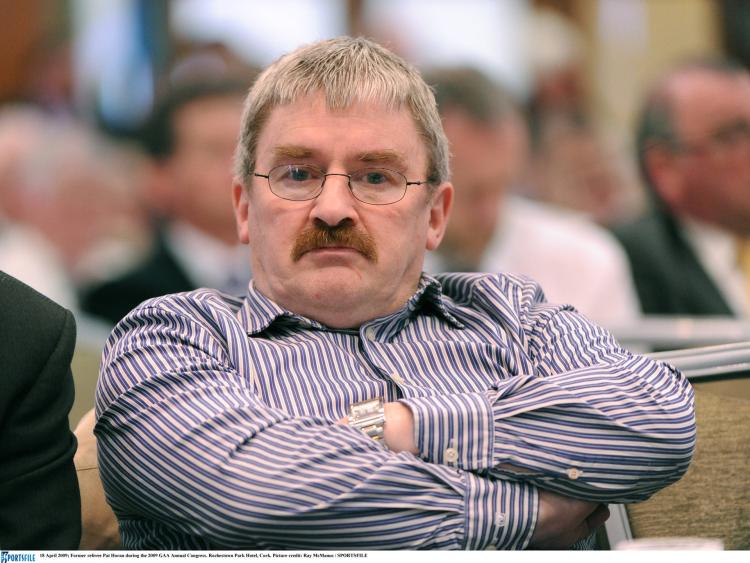 COLM Cummins (Edenderry) has been nominated to challenge Pat Horan (St Rynagh's) for the position of secretary at Offaly GAA Convention next month (December 15) where Michael Duignan will be returned unopposed for a second year as chairman.

With clubs making their decision by postal votes this year because of Covid-19 restrictions, Cummins will have to decide by the end of the month if he is going to run or not.

Currently Development Officer of the Offaly GAA County Board, Cummins was beaten by Rhode's James Murphy in a contest for vice chairman at last year's Convention.

The Edenderry man was a part of the high profile package that saw Michael Duignan (Durrow, and formerly St Rynagh's) oust the incumbent, Tommy Byrne (Gracefield) as chairman. Dervill Dolan (Clara) was elected as treasurer, beating Birr's Jimmy Hogan in a vote. Another member of the package, Clara's Brian Gavin was elected as Leinster Council delegate, along with Joe Higgins (Tubber) with Dolores Slevin of Kilcormac/Killoughey losing out.

The four men had put their names forward for election after holding an initial meeting in Tullamore in a bit to judge the appetite for change among some members of the Offaly GAA fraternity. Stating that they believed change was necessary to move Offaly forward on the inter-county scene, that meeting was attended by former county players, club officers and members and supporters.

Their campaign gained traction from there as a somewhat acrimonious election emerged. As Convention date closed in, it became increasingly clear that former Offaly hurler and footballer, Duignan was winning support and he was a clear favourite before the vote took place. Those predictions proved correct as he beat Tommy Byrne by 76 votes to 62.

Dervill Dolan beat Jimmy Hogan by 87 votes to 53 while Joe Higgins and Brian Gavin were elected as Leinster Council delegates with 52 and 51 voites, respectively.

Colm Cummins was the big casualty in their plans as he lost to James Murphy by just two votes, 70-68.

He was subsequently appointed as Development Officer by the board – the position is filled on the recommendation of the chairman rather than by election while he was given the role of Covid officer when the pandemic took hold earlier this year.

There will be none of the same interest in this year's Convention and most attention will focus on the contest for secretary if Colm Cummins does decide to contest. He stated last week that he had a desire to have a central role to help implement the Offaly GAA strategic plan but would weigh up his options before deciding whether to run or not.

Dolores Slevin has been nominated to contest Leinster Council delegate once again while Ballyskenagh/Killavilla's Eamon Phelan has also been nominated. Phelan is the current assistant treasurer and he confirmed on Monday that he is pulling out of this but will run for Leinster Council delegate – Phelan has done plenty of work for Offaly GAA in recent years, serving separate five year terms on both the Hearings and Competitions Control Committees as well as chairman of Ballysekenagh/Killavilla for three years.

As expected Michael Duignan and most officers have been returned unopposed for a second year. Duignan has ambitious plans for developing Offaly GAA but these never got off the ground this year because of the Covid-19 shutdowns.