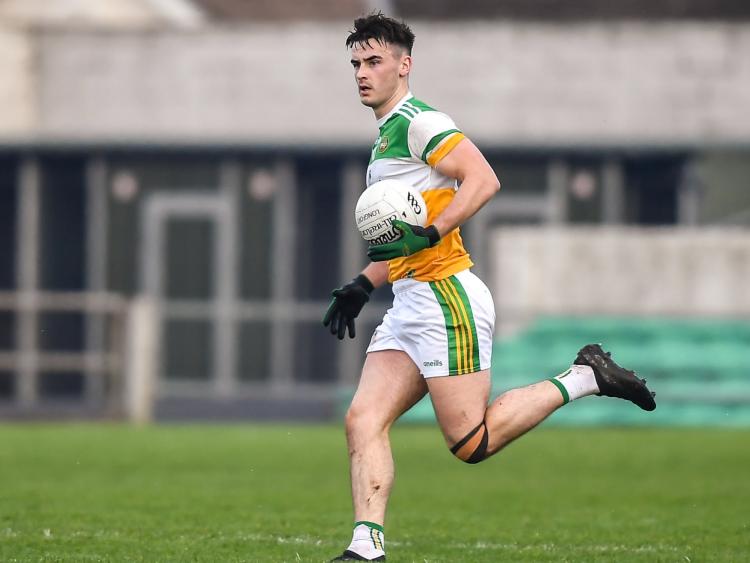 IT would be stretching things to describe this National Football League defeat as a “victory” but it was definitely a win of sorts for Offaly as they stayed up in Division 3 next season and learned a lot ahead of next week's championship opener against Carlow.

Midway through the second half, it looked like Offaly's worse nightmare was unfolding as they were heading towards defeat and Leitrim were leading Tipperary in Carrick-On-Shannon.

A Leitrim win and Offaly defeat would have left scoring difference deciding who would have went to the basement division and as things stood, Offaly were in dire trouble – relegation on scoring difference would have been a very unpalatable outcome after Leitrim's walkover to Down but fortunately that debate became redundant when Tipperary came back to beat Leitrim.

Offaly also got the gap back to two points and may well have survived had Leitrim pulled off a shock but either way, they do deserve to be in division 3 football next year – and no higher than that after another very up and down display here.

It was a game of two halves with Derry 1-9 to 1-1 up at half time and Offaly winning the second half by 0-9 to 0-3. The wind was a big factor with Derry having first use of it but it won't be the scoreline that John Maughan will spend many hours pondering this week – it will be the heavy load of errors and turnovers that Offaly coughed up throughout the field and another very inspid attacking performance.

The starting six forwards struggled badly and failed to get a single score from play while the only point they kicked was a Cian Farrell free. It took the second half introduction of Rhode duo Anton Sullivan and Niall McNamee to turn the tide for Offaly and one shudders to think about what might have happened had they not been there or had an off day.

Offaly were a different team after the break with Sullivan at his brilliant best. He did almost everything by the book, winning all sorts of ball, showing superbly, taking on his man, sending in quick deliveries and scoring two quality points. He didn't go to ground like he occasionally does and on this form, Sullivan is such a handful, potent force.

McNamee was also immense off the bench. He gave the Offaly attack a new focus aftrer coming on in the 48th minute, showing very well and the quality of his kicking was out of the top drawer – he got five points, four frees, one a tap over, three super kicks where he had to judge the wind to perfection along with a spectacular point from play.

John Maughan confirmed afterwards that Cian Johnson will play no part in the coming weeks as he gets treatment for groin and ankle problems and he will have to consider starting Sullivan and McNamee against Carlow. Defender David Dempey is also out after being hospitalised recently with an appendix illness.

The Mayo man also acknowledged the large volume of errors made and this will be a big focus at training this week. Offaly were just sloppy at times, failing to find the target with passes or not holding onto ball that came their way and it was only in the last twenty minutes that they began to get their act together.

Derry's defeat to Down earlier this year meant that promotion was beyond their grasp but this result left them tied on nine points with their fellow Ulster men – Down lost to neighbours Louth but still go up under the head to head rule.

The first half was quite shockingand the defensive football by both sides was very difficult to watch. Derry are noted for their defensive tactics under Rory Gallagher but it sttill came as a shock to the system to watch the way they pulled men back with the wind on their backs in the first half. Every time, Offaly attacked, they pulled everyone back and with the home side doing the same thing, it was not a game for purists.

Despite that, Derry were excellent when they did drive forward with full forward Shane McGuigan causing all sorts of problems for Offaly and Christoper McKaigue driving them on from centre half back. Had Derry really went at Offaly in the first half, they could have put up a very big score.

Derry did break very quickly when they got the ball, pushing players forward and they were full value for their 0-8 to 0-1 lead after thirty minutes. A fine Aaon Leavy goal in the 31st minute gave Offaly a lifeline but their joy was temporary as Derry responded almost immediately – Ethan Doherty applying a fine finish to the best move of the game. Derry held that 1-9 to 1-1 half time lead and it was difficult to see anyway back for Offaly.

Fifteen minutes into the second half, Derry were still in complete control as they led by 1-11 to 1-3 but by now Sullivan was firing on all cylinders, registering his second point in the 51st minute, and Niall McNamee was also on the field. Derry only scored one more point in the closing twenty minutes and Offaly crept closer and closer but without ever convincing that they could pull it from the fire.

Even a second yellow card for Eoin Carroll in the 60th minute didn't take the spirit out of Offaly who were working much harder and forcing their own turnovers. They got it back to three points, 1-11 to 1-8 with eight minutes left but a fisted Ethan Doherty point settled Derry. An excellent Paddy Dunican free from 55 metres and another suoper McNamee free reduced it to two in injury time but Derry held on for a fully deserved win.

Apart from Sullivan and Niall McNamee, Paddy Dunican was very good for Offaly in goals. Joe O'Connor had an outstanding first half at wing back, very composed on the ball and driving forward at every chance – he was replaced at half time, presumably because of a knock. John Moloney came more into it as the game wore on while Aaron Leavy and Jordan Hayes worked hard at midfield without dominating for long spells. From here up, however, Offaly were in trouble before Sullivan and McNamee came on and the game bypassed too many players.

* Full report in Tullamore and Midland Tribune next week.