Westmeath test for U-20 hurlers 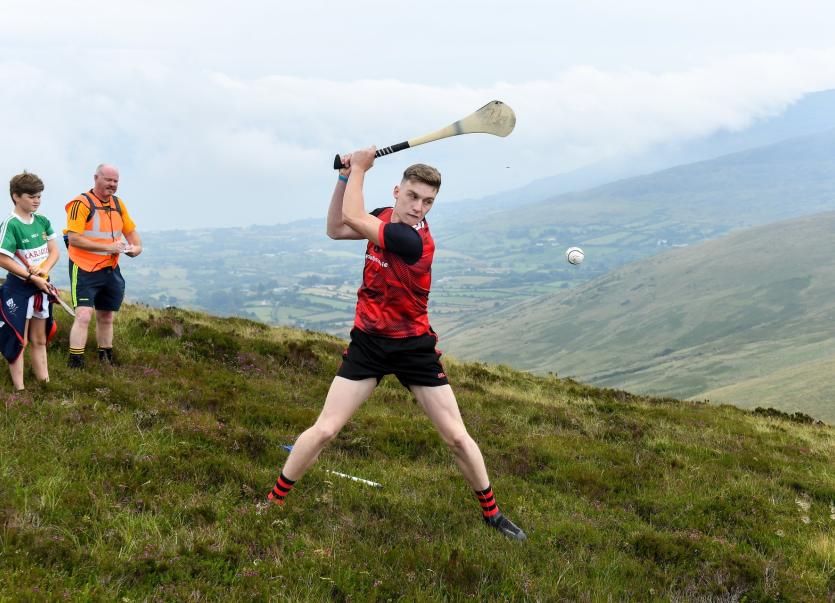 Cathal Kiely, a key member of the Offaly U-20 hurling squad.

BUILDING for the future and looking at the broader picture is very much in the frame for Offaly as they prepare for their Leinster U-20 Hurling Championship opener against Westmeath in Kilcormac's Faithful Fields this Wednesday evening.

With lockdowns and a packed club programme restricting them, Offaly have not been able to implement their plans as they would have wished but manager Gary Cahill was in philosophical mood when he spoke on Monday morning.

“It is the same for everyone. It is what you make of the situation yourselves. We have been very restricted for games and we have brought in extra lads who are underage next year to allow us to have training games,” the former Birr and Offaly defender remarked.

He praised Offaly senior hurling manager Michael Fennelly and their back room team for working with them, describing their preparations as “totally different” to last year. He talked about the simple things they once took for granted but can't do now – video analysis and team meetings indoors, access to dressing rooms, use of gyms.

The local lockdown for Offaly, Laois and Kildare did not help them and then there was that packed club championship schedule with their players playing senior, senior “B” or intermediate games while U-20 hurling and football games also came into the mix for a few weeks.

There is no frustration in his voice as he speaks and questioned about the decision to give priority to club over county, he said: “Everyone is in the same boat. You have what you have and the lads trained very hard with their club. At least they were getting good hurling. The clubs have played a big part.”

It has started off so differently late last year as Offaly began to get their squad together and focus on the season ahead. They got in good work in January and onwards before Covid-19 moved the goalposts for everyone.

When he got the job last year, Cahill was very keen to focus on the future and broader picture, far beyond the championship season ahead. Last year, they also pulled in younger players who would be eligible next year for U-20 and had plans to do so again this year – before the restrictions on challenge games made numbers a big priority as it allowed them to have full matches in training.

Plans for challenge matches against Clare, Kerry and Laois fell by the wayside but Cahill is pleased with what they have got done.

Feeding players into Michael Fennelly's senior squad is also a big priority for him and he is happy that some of his current panel are in there. “When I met the boys two years ago, I said that ideally my job is to win games but also to feed into the senior squad. I hoped that we would have four or five young lads playing senior hurling and I hope we have the same next year. “

He is optimistic about the future of Offaly hurling and was impressed by the minors who had a very good win over Laois last Saturday. “The prospects are good for Offaly. You justy need two or three young lads coming through every year. People were talking about Laois being good and doing well in the Tony Forristal tournament a few years ago. A major applause to the management and players, they have worked well and got the result.”

Offaly have a strong team and Eamon Cleary, Conor Butler, Ross Ravenhill, Brian Duignan, Cillian Sampson and Cathal Kiely all played last year – Offaly did well, beating Westmeath, Carlow and Dublin before losing out to Wexford in the semi-final.

Cahill is also delighted that a couple of players who were injured last year are now fit. He praised the County Board for facilitating rehab work and treatment on Shamrocks' Padraig Cantwell and St Rynagh's attacker, Luke O'Connor. “In fairness, the County Board have seen the bigger picture and they have got the rehab they needed which is great.”

Offaly will be favourites to beat Westmeath but the manager is taking absolutely nothing for granted. “Every manager is apprehensive at the moment. Their club championship was over an extra two weeks before us and they have got more work done. They are acquiting themselves very well.”

Cahill spoke with infectious enthusiasm about where Offaly hurling could be going. “I'll be honest, we are as good as anyone when we hurl and work together. It is all about building and getting our mentality right. We are trying to develop a winning mentality. Anyone outside Offaly will tell you that our senior championship is as good as anywhere. It is about getting boys to buy into what we are doing and to blend as a team.”