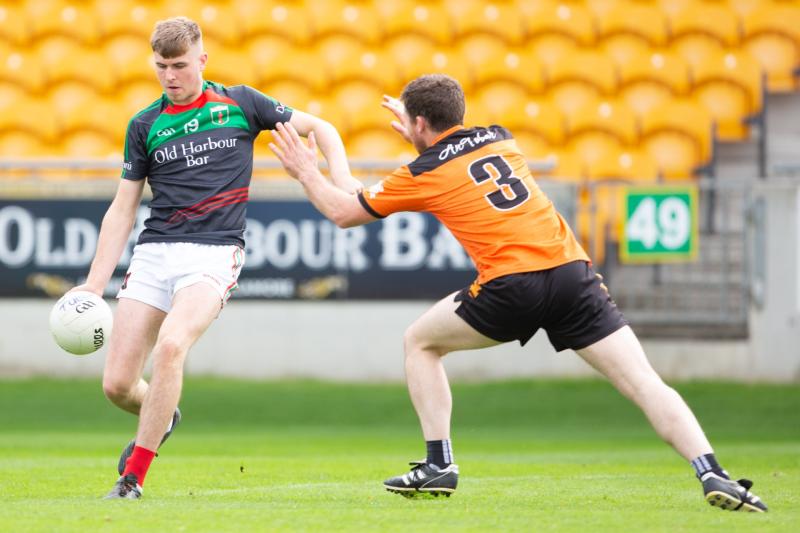 IT was a quite extraonrdinary win for Durrow as they returned to top flight football with a really stunning win over a shell shocked Gracefield in a gripping Senior “B” Football Championship final in Bord na Mona O'Connor Park.

With the game taking place under a cloud of controversy following the decision of their manager Shane Curran (Roscommon) and coach Owen Mooney not to attend after the County Board refused their request for a postponement because of Covid-19 contact cases involving two of their players – Goalkeeper Stephen Fitzgerald was ruled out with an injury anyway (sustained playing U-20 hurling on Tuesday night) while Dan Wyer, a key forward on the way to the final didn't play as he was a close contact with a confirmed case.

Curran had tweeted his anger at the County Board decision before hand and it seemed to be far from ideal preparation for it as it had dominated life in Durrow for a couple of days before hand – on the day Galway footballing hero, Declan Meehan (along with selectors Gerry Murphy and Kevin Ward), an employee with Offaly County Council and now a resident in Durrow, took over some of the manager duties, giving the team talk before and during the breaks and the side produced a fantastic display in quite horrific conditions.

With driving wind and rain making it a lottery, Durrow adapted far better and a reeling Gracefield had no answer at all. The extent of Durrow's control, the manner in which they dominated play and the comfort of the win caught most observers by surprise.

The winners had built an almost unassilable foundation when playing against the wind in the first half. They settled much quicker and while the conditions resulted in a heavy volume of errors and spilt ball, Durrow made far less of these.

That, however, was very much the high point of the afternoon for Gracefield and it soon became clear that they were in serious trouble. Durrow won the dirty ball much better and they retained possesssion a lot more efficiently. They were level 0-3 to 1-0 when Gracefield goalkeeper Conor Sheedy made a super point blank save from Alan Geoghegan's punch but it was only a brief reprieve.

Durrow were 0-6 to 1-1 ahead when Alan Geoghegan got a real wet day goal, tapping home from close range after Kevin McDermott's free dropped short. With a 1-6 to 1-2 lead at half time, the game was very much in Durrow's grasp and they continued in the same vein in the second half.

Early second half points from McDermott and Brian Duignan settled them down and Durrow then introduced players off the bench that made a massive difference with Micheal Mooney and Jack Fogarty getting crucial scores and playing so well – both didn't start because of injury and they helped drive Durrow across the finish line.

They were 1-10 to 1-3 ahead when Gracefield got their wet day goal with Jack Walsh netting aftrer Jake Nicholl's free hit the post. Durrow's response was emphatic as McDermott got a quick free, Bobby O'Dea got a fine point after a great Jack Fogarty break forward and Fogarty then put them out of sight with an absolutely audacious 51st minute goal – running onto a loose ball out on the left wing, he barely kept it in play and as he didn't go down to rise it, he continued on soccer style, booting it past a couple of players and as a gap opened up and the goals suddenly appeared, he kept going and blasted to the net from ten yards. It was as extraordinary a goal as O'Connor Park has seen and it was a fitting way to wrap up the issue for Durrow.

It meant they were able to operate in a comfort zone for the last ten minutes plus and their celebrations could begin before the final whistle.

The conditions meant that the football was not for the purists but there was so much to admire about the way Durrow played. They were so strong, so hungry, so controlled and efficient and they did the right thing so much better than Gracefield. Kevin McDermott was awesome for them, getting crucial early frees into the wind, a couple of fine second half ones from play and doing so well on the ball. He also drifted back to shore up the backline late on, a role he performed with great efficiency – Durrow did get a bit too defensive at times in the second half but with a big lead to protect, that was understandable.

There were several other Durrow players who stood up – indeed this was one of those rare days where everyone played a big part. The whole defence were superb, never giving Gracefield a sniff at it with Oisin Cusack, Mark Hughes and Jack O'Brien catching the eye while Ciaran Burke, Gerry Spollen and David Manger also contributed really well – Spollen was a tower of strength at centre half back – and stand in goalkeeper Joe Smyth didn't put a foot wrong.

Ross Ravenhill had a super game at midfield where Bobby O'Dea also did well – O'Dea had got his red card from the semi-final rescinded during the week. Up front, Kevin McDermott was very much the main man while Brian Duignan, Micheal Mooney and Jack Fogarty also impressed.

It was a fairly horrible performance by Gracefield who just didn't get going, their handling and ball retention was way worse than the winners and the game was slipping from their grasp before they realised it. Niall Smith and Jamie Evans were their best two players but as a unit, Gracefield did not perform at all and they were a badly beaten team. Relegated from senior last year, they will have their work cut out next year with Niall Smith getting on and Clara down in senior “B”.

* See Tullamore and Midland Tribune on Wednesday for full report. 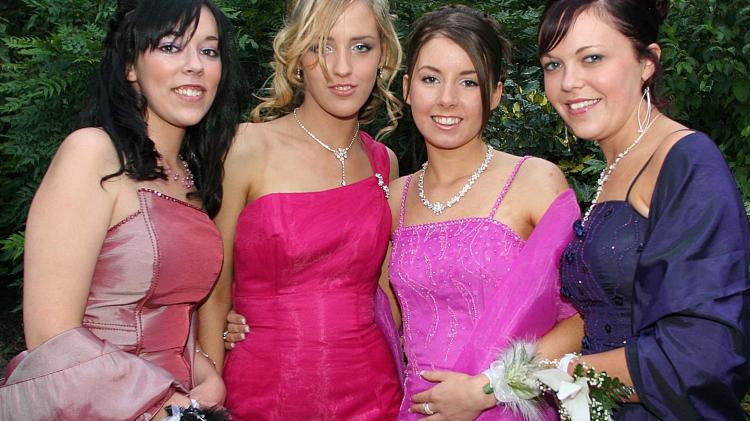