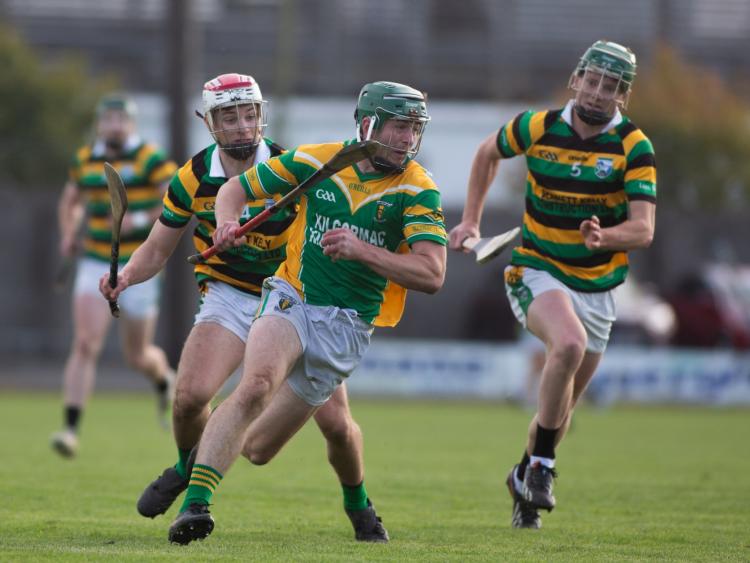 IF acceptance and an ability to deal with what life throws at you on a philosophical level were two of the attributes you lacked, you would certainly learn your lessons with Kilcormac/Killoughey footballers.

Once again, they find themselves within touching distance of a football title and once again it has been done by scarcely paying lip service to the game compared to their other rivals.

As they count down to the Intermediate Football Championship final against St Rynagh's on Saturday and fully aware that they have an excellent chance of victory, Kilcormac/Killoughey have done it on the back of zero football training sessions.

As a Ballina man and a former minor player with the Stephenites club, that may be a very foreign situation for the Kilcormac/Killoughey manager, Brendan O'Malley but when he took on the job last year, he knew exactly what he was letting himself in for and what the terms of “employment” were.

It has been a similar story for decades – K/K have won the occasional junior or intermediate title, had the odd short lived stint at senior level but it was always only a matter of time before they went back down the ranks – indeed, the question has not been when K/K would go down but how far they would fall before they picked it up again.

It is a situation that has drawn plenty of adverse comment from other clubs but what do you do? As Brendan O'Malley admitted last week, they are strong enough to compete at intermediate level without much of a commitment but they wouldn't survive at senior B without putting a lot more into it.

Hurling is king in Kilcormac/Killoughey and they make absolutely no bones about that. They play football for fun and enjoyment and revel in the absence of pressure that accompanies their hurling games but at the end of the day, it is their hurling prowess that dictates their year. They have less than a handful of players who would have football as their first game and for the rest, it is all about hurling.

Living in the Blueball for the last five years, O'Malley is married to Carolanne Gorman, a daughter of one of Killoughey's iconic hurling men, the late Willie Gorman – he left Ballina at an early age, not long after minor, and work in the construction industry took him “all over the place”. Him and Carolanne lived in Dublin first before coming back to her home turf at the Blueball and it was a natural progression for him to immerse himself in the local GAA club.

At first he didn't play football as they didn't have a big ball team at that time. He had played a bit of hurling in Ballina and he played junior B for Kilcormac/Killoughey before accepting an invitation to be their intermediate football manager last year.

It has been two fine years for K/K. They reached the semi-final last year where they were very close against eventual champions, Shannonbridge and this year they have gone a step further by reaching the final. “We could have won it,” he said about the Shannonbridge defeat last year and he had entered the job with his eyes wide open.

He was fully aware of where football lay in the pecking order but he declared: “There are always good footballers here. A lot of the lads that play football love football. They just don't do the same training and preparation as hurling.”

Asked a direct question about exactly how many times, Kilcormac/Killoughey footballers have trained this year, he hestitated for a moment, possibly searching for a politically correct answer, before holding up his hands and confessing: “I won't lie, none.”

He did elabourate: “There was no room to train this year. The senior hurlers were training three nights a week and we were not able to squeeze it it. There was no point in even trying. We just accept it. A lot of lads love football once they get going. They can be very slow to get going but once they get going, they are well able to play.”