Edenderry senior footballers had to isolate after Covid case escalated 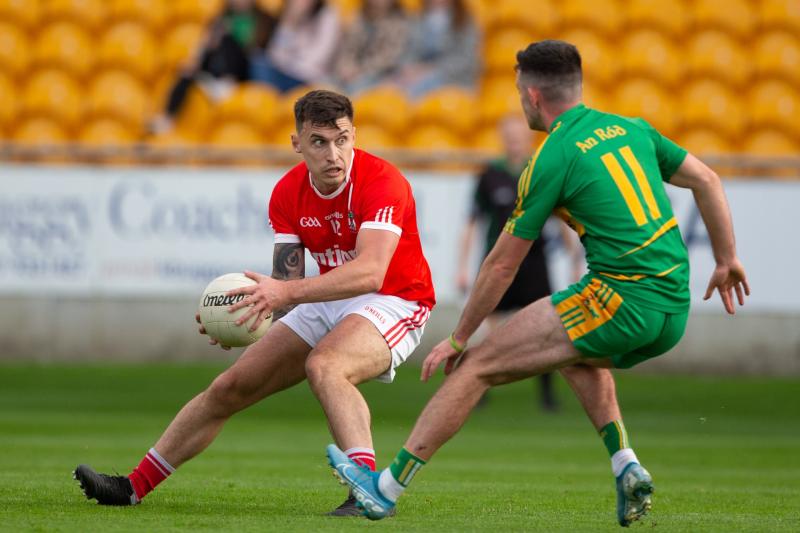 THE entire Edenderry senior football panel have been forced to self isolate this week after a Covid-19 case involving one of their players was escalated by HSE officials over the weekend.

The player had been named to start on the Edenderry team that suffered a very narrow extra time defeat by Rhode in the Senior Football Championship semi-final on Saturday but couldn't line out after confirmation of a positive Covid test late last week.

Edenderry GAA Club immediately contacted the HSE and GAA officials, putting Covid protocols in place but were told that they could fulfill the semi-final fixture. The player had trained the previous Tuesday evening with the squad and Edenderry were initially informed that all the other players were regarded as casual rather than close contacts and as a result, they could go about life as normal.

However, on Sunday, the club were contacted by the HSE who informed them that they had looked at the case again and now deemed all players who had trained on that Tuesday evening as close contacts. As a result, the players were instructed to isolate and get tested for the virus – 27 players were named in the programme for Saturday's game, including the player who was positive, and the rest were scheduled to be tested this Monday and Tuesday.

As a result of the case, St Patrick's have been forced to concede a walkover to Na Fianna in the U-20 Football Championship this Tuesday evening – St Patrick's is a parish amalgamation of Edenderry and Ballyfore and with a number of the Edenderry senior football squad backboning their side and now unable to play, they have decided to concede.

That news will be greeted with disappointment and anger in the clubs but with a very tight schedule to get games played, it seems to be policy that postponements aren't granted for Covid cases and that it be treated the same as players missing for injuries and other illnesses. Other clubs have had to line out in games without players who were awaiting test results but this is the first case involving an Offaly club where an entire squad had to isolate and be tested.

Secretary of Edenderry GAA Club, Colm Cummins confirmed the escalation on Monday, stating: “The HSE were onto us last night. They were working with a backlog of cases, they were concerned at the rising rate in Offaly and they looked at things more closely.”

Mr Cummins is also the Offaly GAA Covid-19 officer and he outlined: “When the player tested positive, we put GAA protocols in place. Everyone assumed they were regarded as casual contacts unless notified differently and that is how the game went ahead. Last night, the HSE said they had been chatting the player concerned about his activities and he described the training session to them. They decided it was safer if all were tested and to restrict their movements.”

This has meant that many of the squad have had to take time off work, except those who can work at home.

Mr Cummins revealed that the player with Covid didn't take part in any club activity after that Tuesday night and no other player has displayed symptoms since. “This is a change of direction by the HSE in terms of identifying players as close contacts. They explained it is because they are concerned at the rise of cases in Offaly. Everything is dictated by the HSE.”

Edenderry GAA Club had also informed Rhode of the situation after the positive test and Mr Cummins stated that at the moment, the escalation doesn't impact on their opponents .This would change if any of the Edenderry players who played on Saturday tested positive and would likely mean that Rhode players would also have to isolate and be tested – something which would greatly impact their preparation for the final against Tullamore.

Mr Cummins confirmed that the change of policy has implications for Offaly GAA and getting their programme of games finished as entire teams may now have to be tested if they have been deemed to be in close contact with a confirmed case.

He also revealed that the positive player is recovering and is “okay”.

Edenderry had been very close to a famous win in Saturday's semi-final with Rhode bringing the game to extra time with a Ruari McNamee point deep into injury time – they will meet Tullamore in the final on Sunday, October 4. Tullamore ended the reign of champions Ferbane on Sunday, meeting them 9-8 in Offaly's first penalty shootout after extra time couldn't separate the sides.

The main football finals were officially fixed by the Offaly GAA Competitions Control Committee on Monday and are as follows:

See Tullamore and Midland Tribune on Wednesday for detailed coverage of all last week's big games plus previews of this weekend's Senior, Senior “B” and Intermediate Hurling Championship semi-finals.