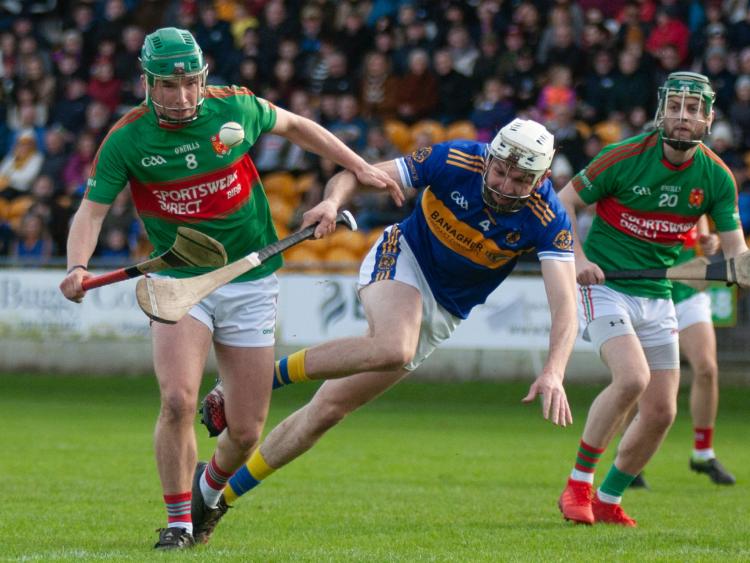 Eoghan Cahill had a 100% conversion rate for Birr against Seir Kieran, scoring 1-13, 10 frees.

BIRR got themselves off the mark in the Senior Hurling Championship when they had a very important win over Seir Kieran in Bord na Mona O'Connor Park.

With both sides having lost their opening round, this was a must win game and Birr were very impressive in the way they went about their business. They laid a powerful foundation when playing against a strong wind in the first half and were in full control of their destiny when they went in leading by two points at the break.

In the second half, they quickly got into the driving seat and totally dominated proceedings. Even a Joe Bergin penalty goal that reduced arrears to five points just before the three quarter way stage failed to disrupt their momentum.

Indeed, it all ended very comfortably for them as they engaged in shooting practice late on while Seir Kieran were a badly beaten docket well before the final whistle. It sets Birr up for a winners take all tussle against Coolderry next weekend while it ended Seir Kieran's prospects of making the semi-finals – they play Kilcormac/Killoughey next weekend and with no relegation this year, they are fighting for their pride alone.

It was a difficult game for Seir Kieran as it has been postponed a week earlier because of the very sad death of Rosaleen Connors – they competed well in the first half but were up against it at half time and they will be very disappointed at their second half performance.

The first half was a very lively affair with good physicality and plenty of decent quality hurling. Seir Kieran had first use of a stiff wind and they were in trouble when they went in trailing by 1-11 to 0-12 at half time.

Possession was fairly evenly shared though Birr were marginally the better team. Seir Kieran's defence committed too many fouls and that serial scorer, Eoghan Cahill was in deadly form from placed balls in the first half – scoring six frees plus a super point from play in the first half while he ended up with a 13 point haul, 10 frees and a fantastic 100% conversion rate.

Morgan Watkins was also excellent in the Birr attack in the first half. He showed for everything, distributed well and popped over three points as well. At the other end, Tom Dooley was very much on his game for Seir Kieran. Roving out the field, he got three excellent points from play while Kevin Dunne and Adrian Hynes got two apiece and Joe Bergin had his eye in from frees, firing over four – the decision by Seir Kieran to call Adrian Hynes ashore eight minutes into the second half and then bring him back on a few minutes later was a strange one as he had played well in that first half and the Seir Kieran attack had been starved of ball early in the second half.

Seir Kieran came tearing out of the blocks and got the opening three points but were rocked with a fourth minute Barry Harding goal after he was sent in by Colm Mulrooney. Seir Kieran got the next two but Birr got more and more into it as the half progressed. They got onto level terms, 1-3 to 0-6 by the 12th minute, went behind to Joe Bergin's free and then edged ahead wuith points from a Cahill free and a super Morgan Watkins point from play.

It was end to end from here to the interval with Seir Kieran fighting hard but Birr taking what proved to be a decisve two point lead at the break.

And so it proved as Birr took complete control with the opening five points of the second half to lead by 1-16 to 0-12. They were 1-18 to 0-13 ahead when Joe Bergin brilliantly stroked home a 42nd minute penalty, awarded after he was pulled back by Oisin Murphy while heading goalwards but it only gave Seir Kieran a fleeting glinmmer of hope. Birr's response was hugely impressive as they got the next three points and that more or less shut the door on the losers.

It all petered out very tamely from here with Seir Kieran giving up the ghost a bit and Birr having the time and space to pick off some easy late points as well as having some wides that could very easily have been scores.