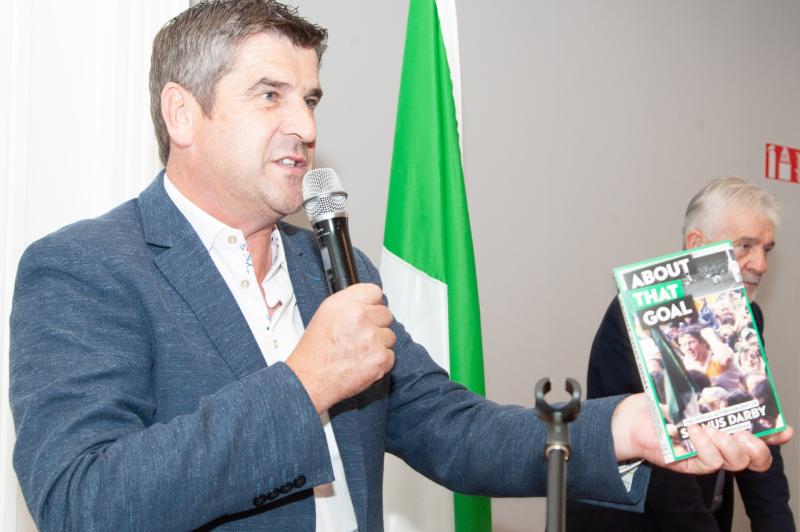 OFFALY GAA chairman Michael Duignan made no effort to present his usual positive, upbeat persona when he spoke on Monday about the latest Covid-19 restrictions that have seen football and hurling activity in the county put on hold once again.

With his voice visibly deflated the Durrow club man was still digesting last Friday's Government restrictions for Offaly, Laois and Kildare, which saw the second round of the club football championships cancelled last weekend.

With restrictions not set to be lifted until midnight on Sunday, August 23, Offaly are looking at three full weekends without games – a break that will place massive pressure on their ability to complete their games' programme, assuming that activity is allowed to resume after August 23.

They had hoped to have all adult finals completed by the end of September with inter-county fare resuming in October but they are now looking at having to extend their championships.

Despite his disappointment, he pushed Offaly's case hard in a conference call for county chairmen and secretaries on Monday with GAA president John Horan and director general, Tom Ryan. Initially, GAA clubs were told that they could not train during the two weeks plus shutdown but Mr Duignan was glad that this has been rowed back on and they can at least train in groups up to fifteen on a non contact basic.

“The GAA had made the decision to close facilities to be prudent. That will change and that is good,” he said.

He is also pushing for games to be allowed to resume on the weekend of August 23, noting that a two week lockdown should be over on August 21. At the moment, Offaly are adopting a wait and see approach as they wait for new Covid figures for the county on a daily basis.

“We are glad our pitches are allowed to reopen and for teams to be able to train at least which is some consolation to our players, who like everyone else are very disappointed. Our focus is on the most important thing, which is our players. They are hugely disappointed to start and stop again. It is massively difficult for them.”

The Offaly GAA Competitions Control Committee were to meet on Tuesday night online to consider their options. A meeting of the Management Committee has been called for Wednesday night and it is planned to release a revised schedule to clubs on Thursday.

“There is also the issue of players coming from non contact straight back into contact. All of this needs to be considered.”

Stating that they can only have a management committee meeting via zoom because of the six person limit for indoor events, Mr Duignan admitted, “I am so disillusioned and disappointed and I have needed time to reflect. We also have to wait and see what the virus does in the next few days. We are taking Government advice seriously and we will have to wait a couple of days to see if it settles down.”

He did not disguise his disappointment at the latest turn of events.

“We are all human. The GAA in Offaly has put in a massive effort right since the first day of lockdown started. We all saw the response. I have been involved in the Offaly County Council community Covid response and it was based hugely around our 41 GAA clubs. It got a great reaction. There were 650 volunteers on the ground, hundreds of interventions every week and back up. Huge credit is due to our clubs and members. They did not bend the rules in any way and they went to extraordinary lengths. We were exemplary in the way we enforced county teams training, crowd limits and everything. We had six weeks of activity, we had Cul camps and matches and there was no case of Covid. It was testament to all our efforts. Last weekend was very very difficult for us.”

Mr Duignan revealed that they had also made the decision to start trying to implement some of their strategic plan and coaching and games initiatives.

“We felt very strongly we had to engage this and try and get going, to sort of put meat on those bones. Obviously the year has been dominated by Covid but we wanted to step out of that and try and get going. We wanted to try and progress our plans as well and not have the whole year dominated by Covid. A huge effort has been put in by so many people. I felt so bad for everyone, particularly young people and players. Games are so important for their well-being and mental health. I do feel very strongly for the loss they are feeling again. It is a massive disappointment and we have to get going again.”

When it was suggested that a lot of people are frustrated and angry at the decision, Mr Duignan remarked: “We can question the people making the decisions and their reasons but maybe they know more than we do in terms of trends and viruses. Maybe I will make further comment when I see how this goes. At the moment, we have to follow the guidelines. There is disappointment and anger but it is done now and we have to accept it for the next two weeks. We have to try and keep our spirits and heads up.”

See Tullamore and Midland Tribune this week for full interview. On sale on Wednesday