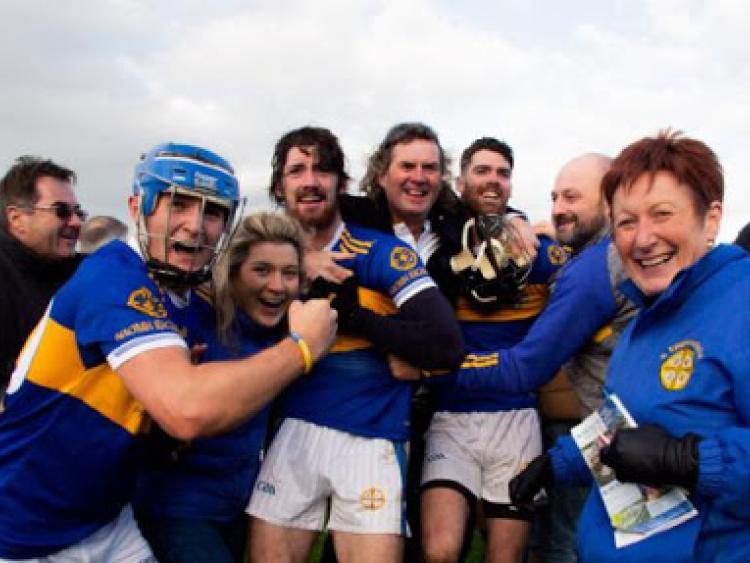 IT was a somewhat mixed bag but there was still something quietly compelling about the way St Rynagh's went about their business as they overcame typically dogged Belmont resistance in their Senior Hurling Championship opener in Bord na Mona O'Connor Park.

Three points represented a far tighter winning margin than they would have wished and the champions should have won more comfortably but this was a big game for them as they got the result thet desired.

St Rynagh's struggled early on and then played their best hurling in the second quarter to lead by 0-13 to 0-7 at half time. They were very much in the driving seat at this stage and it was difficult to envisage anything other than a routine win for them.

Having had some very tough battles with Belmont in recent years, St Rynagh's knew the reality would be different. Belmont fought their way back into it with four of the opening five points to trail by 0-14 to 0-11 after 41 minutes.

Three on the trot, excellent points from Ben Conneely and Darragh Tierney and a Luke O'Connor free, put Rynagh's six clear as it entered the closing quarter. Belmont, however, got a lifeline with a fortunate Oisin Kelly goal when his powerfully struck sideline from fifty metres in the 48th minute sailed all the way to the net. Sub Mark Cahill added a point and suddenly the gap was a very tentative two.

With the pressure on, St Rynagh's showed their quality as they responded well. Crucially they got the next two points, fine scores from Gary Conneely and the inform Sean Dolan. Belmont got two to bring it back to two points but never really threatened a match saving goal and Dermot Shortt's fine injury time point gave St Rynagh's a three point winning margin.

St Rynagh's will be reasonably happy with the performance. They were not as sharp as they would have liked at times but they did warm into the game and 20 points was a very good return. It was a solid rather than spectacular performance but the result was the bottom line and it sets them up nicely.

It puts early pressure on Belmont and while they did well to be in the hunt right to the end, this was not a good performance by them. With Ferbane footballers having their sights on back to back championships and football king next week for many of these players, it will be interesting to see what Belmont's response is to this setback.

The opening exchanges were mediocre enough with St Rynagh's struggling to find their form but once they got going, they put serious daylight between them and Belmont.

Belmont competed well in the opening quarter and led by 0-2 to 0-1 and 0-4 to 0-3 at different stages but they were very much forced onto the back foot in the second quarter.

The champions got on top in most sectors but more crucially, they began to make it count on the scoreboard as they picked off some good points, punishing a few Belmont mistakes. Joe O'Connor (2), Aaron Kenny and Gary Conneely all picked off points as Rynagh's went 0-7 to 0-4 ahead.

In the closing ten minutes, St Rynagh's outscored Belmont by six points to three to lead at half time by 0-13 to 0-7. That looked to be a very signifiant advantage as they were clearly the superior force in the second fifteen minutes. Belmont didn't play well in that first half and had reason to be thankful to Oisin Kelly who got the better of his duel with Ben Conneely, picking off three points from play - the first should have been a goal as he had clear sight of the net from ten metres but he drove over the bar from a position where he is normally deadly.