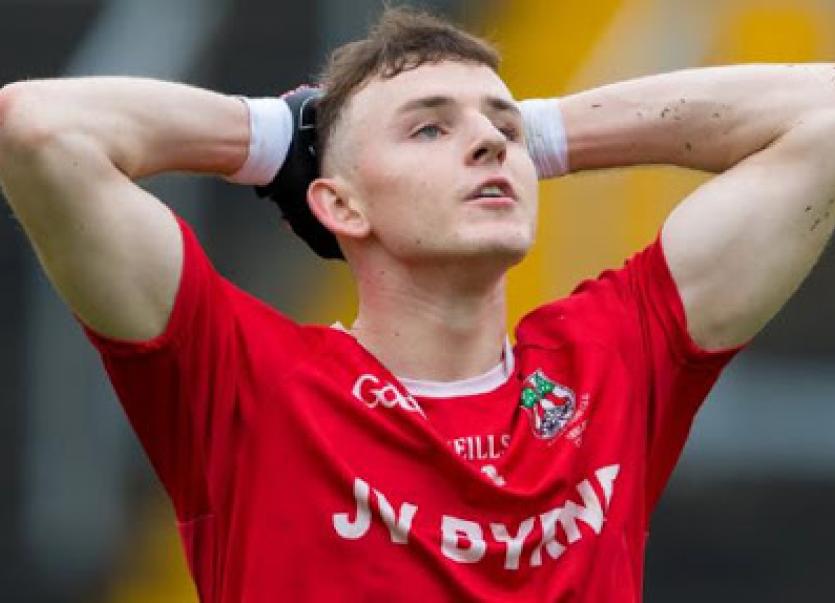 JOE Maher conjured up some very sweet music as champions Ferbane got their defence of the Dowling Cup off to a winning start with a very hard fought victory in O'Connor Park.

Pushed all the way by a very dogged Edenderry, Ferbane deserved their win after a hugely impressive closing twenty minutes and they had much to be grateful to thewir captain for. His second half display was sensational as Ferbane passed a real test of character to suggest that they have the quality to put championships back to back.

Things looked very dodgy for Ferbane at half time as they went in on level terms, 1-4 to 0-7 while they were also reduced to fourteen men with influential forward Oisin Kelly receiving a straight red card for an off the ball incident deep in injury time.

READ NEXT: OPINION: Take a bow people of Offaly!... County doing its part to stop spread of Covid-19

Maher, a very talented singer, grabbed the game by the scruff of its neck, playing a captain's role as Ferbane did very well to pull away for the win. They were helped by a wasteful Edenderry who kicked six poor second half wides and then ran out of steam in the closing quarter but it was still a huge win for Ferbane, who really did get a big scare.

It was a brave performance by Edenderry who are in a transitional period with Sean Pender, Richie Dalton, Sean Moriarty, Aaron McDonnell and David Hanlon all opting out due to a variety of reasons. They looked to have a real chance at half time and when Rory Egan got a stunning goal two minutes into the second half to put them 1-7 to 1-5 ahead, a famous victory looked within sight.

Ferbane, however, were brilliant after this as Maher turned the tide in their favour, kicking the next three points – two frees and a great score from play, to put them 1-8 to 1-7 ahead by the 42nd minute.

With Edenderry's wide count increasing, Ferbane took over in all sectors. Edenderry didn't score again until Lee Pearson's strike in injury time and by that stage, it was well beyond their grasp as Ferbane had a five point initiative. With their defence on top and midfield now dominant, Ferbane got four more points for a win that was more comprehensive than looked possible early in the second half.

The first half was an engrossing affair with a couple of huge turning points that loaded the dice in Edenderry's favour at half time. The early exchanges were a game of cat and mouse as both sets of forwards misfired with Ferbane having two early wides and Edenderry kicking four.

Then Ferbane found their form with a beautifully angled shot from Joe Maher giving them an 8th minute lead. Three minutes later Ronan McGuire finished off a fine move with a neatly taken goal and Ferbane had the winners on the ropes.

They should have killed the game off in the 15th minute but Cian Johnson opted to punch the ball over the bar instead of putting it across to McGuire who was completely unmarked in front of the goal. That let off galvanised Edenderry and they got the next three points with Sean Doyle (2, one free) and Jordan Hayes keeping them in it.

Ferbane were 1-4 to 0-4 ahead five minutes from the break but Edenderry finished the half powerfully. Cian Farrell and Doyle (2) converted frees to level it up at 1-4 to 0-7 at the break while Oisin Kelly got a straight red card five minutes into injury time – it looked a bit harsh but Fintan Pierce brandished red after linesman Damien Brazil due his attention to an off the ball incident.

Pick up next week's Tullamore Tribune for a full match report.