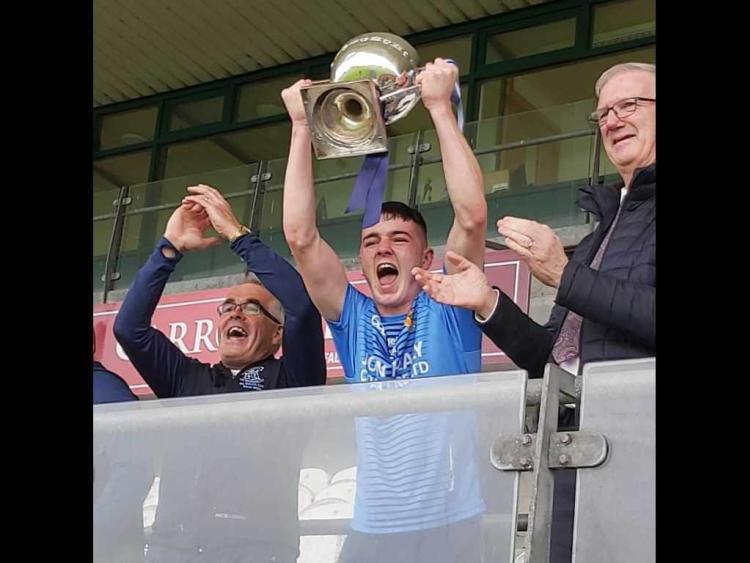 EACH competing club will have just fifty tickets for sale to their supporters for forthcoming Offaly GAA championship games after the Government rowed back on its planned roadmap for reopening the country last week.

Following the announcement, capacity at all GAA grounds is restricted to 200 persons and with this including players, backroom staff, volunteers and referees, it means that there will be just a handful of tickets on sale to general supporters.

GAA president John Horan was quick off the mark following the announcement by calling on the Government to go ahead with their original proposals which would allow 500 into games and unless they are granted some leeway, it will result in disappointment for many people.

While the Offaly GAA County Board are rightly honouring their commitment to go ahead with their club championships and provide games for players, supporters were also eagerly looking forward to the resumption of activity.

Two big colleges finals went ahead on Friday with just a handful of spectators at Cusack Park, Mullingar (where Colaiste Choilm, Tullamore beat Cnoc Mhuire of Granard in the Leinster Colleges SF “B” final) and in O'Connor Park, Tullamore where St Joseph's of Rochfortbridge, captained by Rhode man, Aaron Kellaghan did very well to beat Naas CBS in the “A” decider.

Initially, it had been planned to allow 500 to gather for outside gatherings from July 20 but concern at the recent rise in coronavirus cases has prompted these plans to be deferred to August 10, along with other elements of the phase 4 plans, including reopening of pubs.

The limits will be strictly enforced at Offaly GAA games and it will leave clubs with difficult decisions to make as they decide how to distribute their fifty tickets – officers will be given the right to buy tickets in most clubs, leaving just a few for parents and other club supporters and activists. Some clubs may consider a raffle to decide who has the right to purchase tickets as they bid to avoid it becoming a source of local controversy. The tickets most be purchased in advance by spectators and cash will not be taken at the games. In addition each club will receive 40 tickets for use by players, management and match officials.

In a statement issued on Friday, Offaly GAA announced that they have entered into a partnership with Tullamore based company, Future Ticketing for the 2020 season, which will facilitate the distribution and sale of tickets online. Correspondence will be sent to clubs early next week providing exact details on how the system will operate.

People who have purchased season tickets may present them at a venue, however, it will not be possible at this time to accept the complimentary senior citizens passes which are in circulation – this may prove to be a bone of contention with holders of these passes and is a difficult issue for the Offaly GAA County Board to address.

In their statement, the board said: “While this news on the very limited capacity is obviously disappointing for clubs and their spectators, Offaly GAA requests that everyone adheres to the guidelines set down by the Government in the interests of public safety.”
They also stressed that they will be trying to facilitate supporters who are unable to attend venues by streaming some of the matches live each weekend, in addition to deferred showing of some through Faithful GAA. These plans will be finalised and publicised next week.

The decision by the Government to change their plans places the GAA in a difficult position. The publication of their roadmap for reopening the country had been greeted with delight some weeks ago as it allowed club and county action to resume. However, now there is some doubt about competitions being completed and inter-county action starting as the possibility of further tightening of restrictions can't be ruled out.

The financial repercussions for County Boards are also severe as clubs games are one of their main sources of income each year and the restrictions on attendances will reduce this dramatically. While 500 would have been adequate cater for the crowd at most Offaly championship games in the group stages, apart from a few senior games and a couple of local derbies in lower grades, the 100 tickets available for the public won't sate demand for the vast majority of matches.

“As we return to competitive action this weekend with the commencement of our U13 championship we are issuing our 2020 Covid-19 Regulations.

“I just wanted to wish everyone good luck in the weeks ahead and just remind clubs of a couple of very important matters ahead of our meeting with all club Chairpersons next Tuesday evening.

“1. Attendance at all matches is currently restricted to 200 in total including players, management, match officials, medical, media, supporters etc. We will be issuing further ticketing information in the coming days but, for now, at underage matches I would suggest that entry is restricted to players and their parents only. Please also be vigilant at adult challenge matches to ensure that the number is adhered to and again I would suggest asking non-playing club members to stay at home for now.

“2. All persons at the matches must be encouraged to social distance if they are not from the same household.

“3. Please ensure entrance and exits to venues have hand sanitiser clearly visible and in use.

“ 4. All players must complete their Health Questionnaire before EVERY activity and again hands sanitised before and after activity.

“ 6. Please ensure that your Covid-19 officer is given the full support of the club to ensure all guidelines are met.

“I would like to acknowledge and sincerely thank all our volunteers for all their exceptional efforts to date as we return to competitive activity. Please keep it up and ensure that you are all fully compliant in the weeks ahead.

“Best wishes to all our teams, it really is fantastic to see our club championships commencing.”