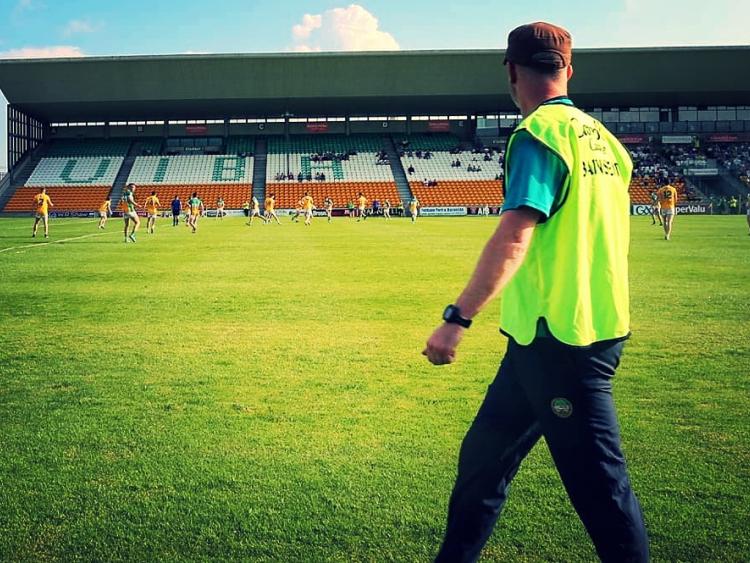 Interim Offaly football boss Paul Rouse is putting the final preparations to his set-up ahead of the team's Round 2 qualifier clash with Clare at 1.30pm on Sunday afternooon in Bord na Mona O'Connor Park.

Offaly come into the game after an eight-point win over Antrim in Round 1, but Rouse is expecting a completely different test from the Division 2 outfit.

"The Antrim win was a boost and training has gone fine since; lads have trained incredibly hard, they could not try harder," the Tullamore club man said.

"Any Offaly people that know gaelic football know the challenge that faces us on Sunday. They know Clare finished third in Division 2 and were unlucky not to be promoted and that they have reached an All-Ireland quarter-final in recnet years," he said.

"We know the challenge that's in front of us and the scale of it. They've been on a four or five year programme to get to where they are and it's an absolute credit to them," the manager added.

Rouse spoke about the imposing threat the Banner pose, most notably on the attacking front.

"They play football the way football is best played. They have great attacking players and they trust those players. They try to get the ball forward as quickly as possible, and I'm not saying that as a matter of plámás or trying to big up the opposition, I'm saying it as just the way things are," he said.

"The challenge for us is to see how far we have come in five weeks. We lost to Wicklow six weeks ago, we made a huge step forward against Antrim, and not just because we won, although that matters, but because of how we played and the spirit we brought to it."

We made a huge step forward against Antrim, and not just because we won, although that matters, but because of how we played and the spirit we brought to it."

"We had a real go and we'll have a real go again on Sunday. I expect it to be an open game," Paul told the Offaly Express. Despite that, the manager is expecting a huge test, especially from Clare's impressive midfield pairing.

"Cathal O'Connor and Gary Brennan are largely seen as one of the best midfield partnerships in the country and the challenge for our midfielders is to compete there," Paul remarked.

"We're in the fortunate position of having some very very good players in Offaly and those players need to be trusted to go and play what's in front of them, and not be constrained to a system. They're not going to develop if we go into games with a huge defensive formation. We have to allow a team develop," he added.

His mentality is emulated in the panel, according to the UCD professor, who said, "anyone that could question the mental strength and desire of these lads got their answer midway through the Antrim game when we were in a battle and down to 14 men."

"I don't know how anyone could question. They had every excuse to fold the tent on that occasion but far from folding the tent, they went for it even harder. Under no circumstances is anyone entitled to question their courage and desire to win for Offaly, and even the suggestion of it is disrespectful to everything these lads do for Offaly."