Offaly are fighting for their Division 3 status once more 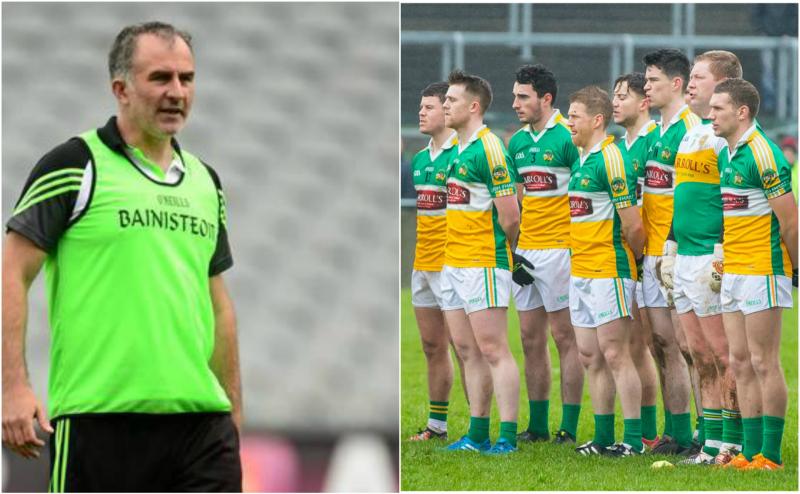 After the rip-roaring atmosphere in Bord na Mona O'Connor Park for the hurling clash of Offaly and Kilkenny on Monday, there was an exodus from the ground. Understandably, the Kilkenny fans hit the road but there were hundreds of Offaly jerseys streaming out onto the Arden Road.

They were the county's hurling fans who didn't see fit to stick around for the county's crunch Allianz Division 3 football clash with Sligo. What followed was a drab encounter between two teams fighting for their lives, the reality of Round 6 at Division 3 level. It was an arm wrestle that is fair to say the average supporter did not enjoy.

There were moans and groans and the half-time whistle didn't so much as raise a ripple of applause from the home support. Instead, there were continuous and audible calls of 'useless, hoplesss, brutal, the worst ever' from the stand. That came from the more vocal of the home support, while others muttered displeasure under their breath.

Both Offaly and Sligo set out 'not to lose' rather than win with Offaly trying to pin Sligo back inside their own 45 and Sligo playing with the bulk of their team behind the ball. They cancelled one another out, simple as that, and with a picky referee and a fair bit of frutration among the players, it made for an appalling spectacle.

However, much like pushy parents at underage games are met with scorn for their sideline contributions, some of the criticism from the stand was over the top. You couldn't repeat some of it such was its vitriolic nature against both players and management.

With all due respect to supporters who felt like justifiably asking for a refund after Monday's contest, it's not as if we've been playing champagne football for years and the wheels have suddenly come off. The fizz is long gone and if we're expecting a team of world beaters to emerge in a matter of months, we're perhaps the most delusional set of fans in the country.

Offaly were in a similar position to this last year - heading into the final game with a near neighbour fighting for survival. I can hear the rebuttals now - we should be aspiring for more. Of course we should, but the harsh reality is something often overlooked by the casual fan.

Offaly beat Sligo last year in the league, so surely we should do it again. Well, isn't that a succinct idealistic analysis of two games that could hardly be more different. Just six players that started in that win last year were on the pitch on Monday, while six of the 15 on the pitch at the end of this year's draw are fresh from the U21 set-up. One of them is a teenager who has yet to complete his leaving cert.

Niall McNamee, Brian Darby, Eoin Rigney, David Hanlon, Ruairi Allen, Graham Guilfoyle, Johnny Maloney and Ruairi McNamee are among the names gone this year. Niall and Brian especially were experienced heads who had been around for many a tough survival and promotion battle. Those losses cannot be glossed over when you're looking at a team so young, and a panel so tight.

Offaly manager Stephen Wallace has used almost 30 players in this league campaign, a lot of them debutantes, having their first year in an intercounty set-up, and for mouthy sideline experts to be hurling abuse onto the field at them is unacceptable. Wallace is a matter of months in the job and has basically had to form a completely new panel.

The last thing real GAA fans want to see is the game becoming like the Premier League in England where managers are changed like pairs of socks and teams flounder as a result. The lack of stability would be detrimental to many of the lads beginning their intercounty careers under Wallace. A revolving door of managers would see some of them fall through the cracks and result in a complete lack of engagement for lads who have nothing tangible to buy into.

Wallace has said he's in the position for three years and is aiming to build these lads up into real team in that period. If after three years we're no further along and languishing in Division 4, then the natural end to a tenure will be obvious to everyone. The reality is we're six months in.

The atmosphere at the Offaly-Sligo clash on Monday was toxic at times, but if supporters can be asked for anything, it is patience. Offaly had a good U21 team last year and the likes of Cian Johnson coming through from the younger age group shows that talent is emerging. These lads deserve a chance to grow with similar support afforded to the hurlers on Monday - support that clocked out at 3.15pm.