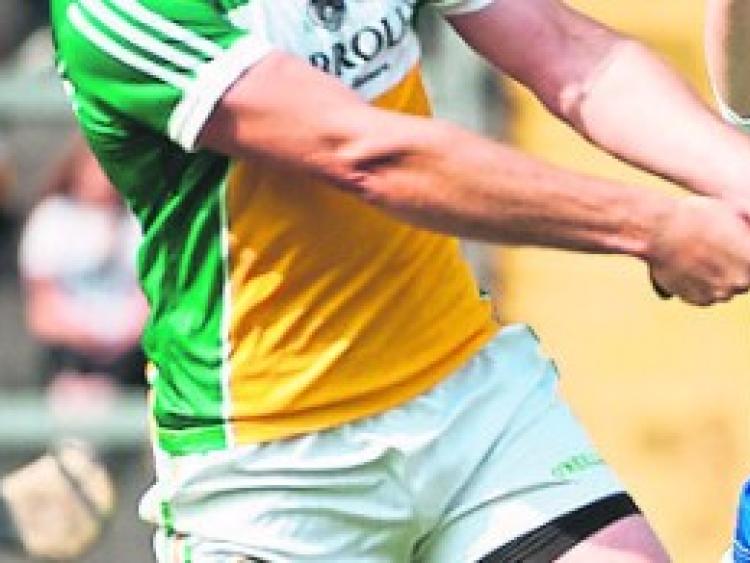 With four minutes to go in this encounter in O'Connor Park, Offaly were within two points and had every chance of snatching the game from a highly fancied Wexford side.
Offaly had kept in touch throughout, building on their performance against Limerick but ultimately, the visitors had that bit extra in reserve and they got over the line to secure promotion.
Offaly will look back on this game as one they could easily have won. They conceded a goal to Conor McDonald just before half-time that gave the visitors the lead at the interval by 1-7 to 0-8 and they should have found the net themselves on more than one occasion. McDonald finished the game with 1-6
Offaly had battled well in the opening 35 minutes with the wind and matched Wexford score for score building a two point lead thanks to points from Sean Cleary and Shane Dooley before Wexford hit a purple and yellow patch before the break to go in with a two point lead. Dooley added another ten points to his impressive recent scoring hauls.
Turning to play against the wind in the second-half, Offaly kept well in touch and trailed by three when they were awarded a penalty. Unfortunately for the home side, Shane Dooley's shot was saved by Mark Fanning.
To their credit, Offaly continued to battle hard and they came close to another goal when a shot rattled the crossbar.
Wexford managed to pull five clear but Offaly kept the shoulder to the wheel and Shane Dooley got them back within three entering the closing stages.
Oisin Kelly reduced the gap further for Offaly but that was as close as they got as Davy Fitzgerald's charges maintained their 100% record and secured promotion as they closed out a five point win.
While Offaly are still at the foot of the table after four defeats, a win over Kerry in a fortnight's time would be enough to secure fourth in the table, barring a Laois win or draw against Wexford on the same day.