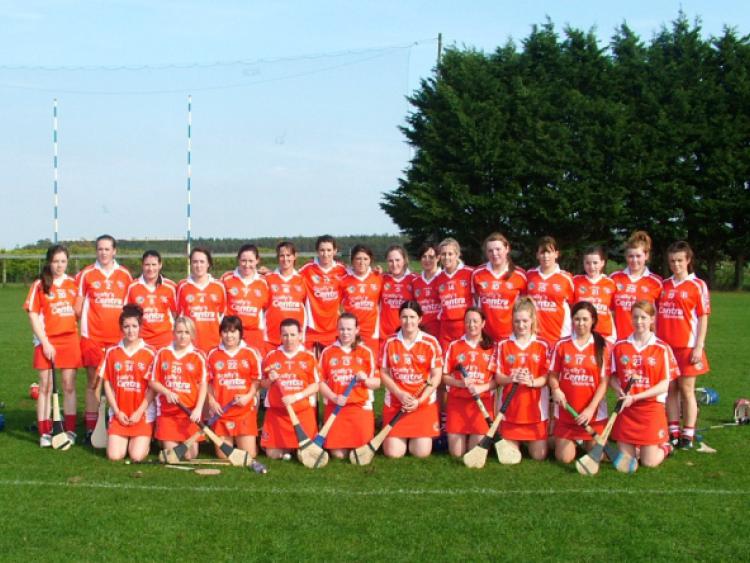 Shinrone retained the Offaly Senior Camogie title in Rath on Saturday with a 4-15 to 3-6 win over a tenacious Tullamore side in glorious conditions.

Three goals in a devastating spell in the first-half proved the difference as Shinrone built a 3-6 to 0-2 first-half lead.

Tullamore to their credit never through in the towel and they outscored Shinrone in the second-half by 3-6 to 1-9 but they had left themselves too big a mountain to climb as Shinrone claimed their sixth title since 2000. They will now go on to face the Laois champions in the Leinster Intermediate Championship.

Scores were hard to come by early in the game on the excellent playing surface as both defences were on top with Shinrone leading 0-3 to 0-1 after 13 minutes.

The game swung in the following minutes however as Shinrone struck for three unanswered goals that catapulted them into an 11 point lead.

Christine Cleary was first to find the back of the net and goals from Caroline Crean and Kerry McLeish followed with Player of the Game Michelle Davis adding a point to leave the score at 3-4 to 0-2.

A point from a free from Sabrina Carroll briefly stopped the rot but Kate Ahern and Grainne Egan tacked on further points for Shinrone to leave them 3-6 to 0-2 ahead at the break.

Tullamore came out strongly at the start of the second-half with a point from Michelle Walsh and a goal from Ciara Neville but Shinrone responded with points from Michaela Morkan (2) and Michelle Davis and a goal from Debbie Morkan to leave them 4-9 to 1-3 ahead.

Tullamore captain Natalie McCabe scored a quickfire 1-1 but Shinrone added four of the next five points to leave them 4-13 to 2-5 ahead.

A goal from a penalty from Alison Dooley and another Sabrina Carroll point rounded off the scoring for Tullamore with Michelle Davis and Grainne Egan rounding off Shinrone’s scoring for the day.