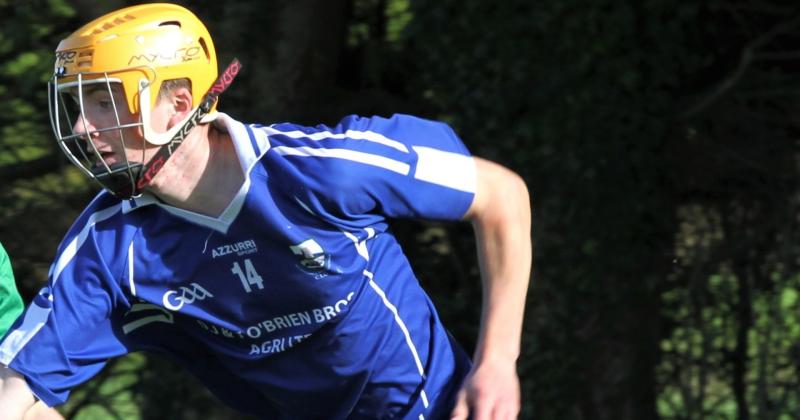 St Rynagh's and Carrig and Riverstown have made the semi-finals while the quarter-final pairings are: Shinrone v Seir Kieran and Shamrocks v Coolderry. Belmont and Brosna Gaels will play in the relegation play off.

There was drama in the final round of group games last Sunday as Brosna Gaels recorded a shock win over Shamrocks in group 2 but it wasn't enough to save them as they went out on scoring difference.

As expected, in-form Carrig and Riverstown secured top place in group 2 and a semi-final berth with a convincing win over Seir Kieran, 4-22 to 1-14.

However, there was a surprise in the other game as Shamrocks gave a poor performance when losing to Brosna Gaels, 2-11 to 0-12. A hurling amalgamation of players from Ballycumber, Doon, Erin Rovers and Tubber, Brosna Gaels had been way off the boil in the first two games as they shipped heavy beatings from Carrig and Riverstown and Seir Kieran.

The scale of these defeats did them in the wind up as their scoring difference was way worse than the others. Three teams finished on two points in group 1 but Shamrocks claimed second spot by virtue of a scoring difference of +3. Seir Kieran took third place on -12 and Brosna Gaels went out on -27.

It meant that St Rynagh's topped the group with full points from their three games. Shinrone and Coolderry tied on three points each but Shinrone were second because of a better scoring difference - +18 compared to +3. Belmont lost their three games.

The quarter-finals are likely to take place on the weekend of August 19-21.

The third round of the Junior Hurling Championship took place last weekend and it is moving towards the knockout stages – the top team in each group qualifies for the semi-finals with the next two meeting in two quarter-finals.

It is very delicately balanced in the six team group 1 where three teams have four points after three rounds – Ballyskenach-Killavilla, Kinnitty, Kilcormac-Killoughey and Carrig and Riverstown. Coolderry have two points and Shamrocks have none.

Last weekend, Kinnitty beat Shamrocks, 2-18 to 2-6, Kilcormac-Killoughey had a 2-17 to 1-9 win over Carrig and Riverstown and Ballyskenach-Killavilla ran riot against Coolderry's third team, 3-23 to 0-9.

With two rounds to be completed, there is still a long way to go.

Round 4 takes place on the weekend of August 5-7 and pairings are: