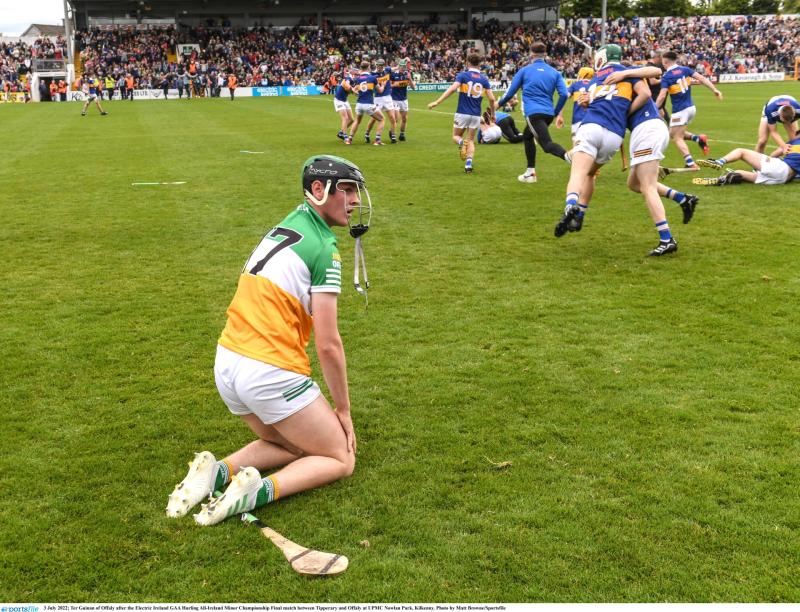 OFFALY minor hurlers will be granted a gala homecoming this evening in Tullamore and Birr after their devastating 1-17 to 1-16 loss to Tipperary in the All-Ireland Minor Hurling Championship final.

Offaly had victory snatched from their grasp at the end of injury time when Paddy McCormack got a winning goal after a controversial free.

It was a devastating, unlucky loss for Offaly who were the better team on the day and played well enough to win.

They were six points up with just three minutes left and Tipp had been reduced to fourteen men when Damien Corbett was red carded for flinging his hurl at Cathal Robinson, who was about to shoot in front of the goals. They were four points up as the game went into injury time but conceded 1-2 to have the title snatched from them.

A homecoming has been organised for the squad this evening. It will take place in O'Connor Park, Tullamore from 6.00pm to 7.30pm and then move onto St Brendan's Park in Birr, from 8pm to 9.30pm.

The team gave a tremendous effort on the day and while there were a lot more factors at play than just the referee in their defeat, they have brought tremendous pride to the county. They have won admirers far and wide for their work rate, honesty and ability and Offaly supportrers will be eager to pay appropriate tribute to them this evening with thousands expected to attend both venues.