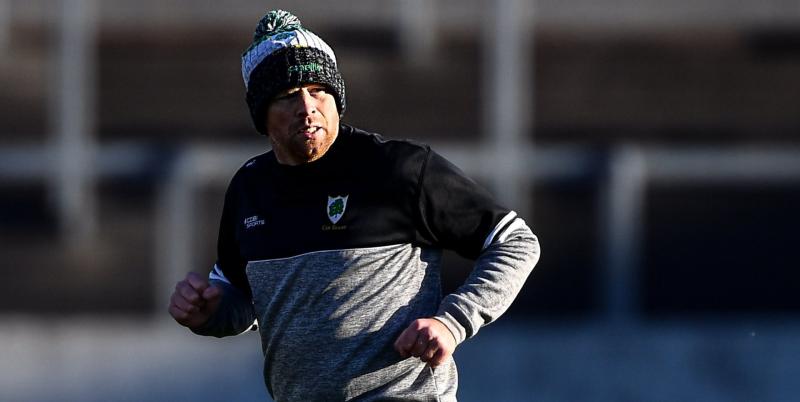 New players – St Rynagh's have a number of young players hoping to make the grade this year.

Absentees from last year – None.

Prospects – St Rynagh's are the favourites and the team to beat. They have to be beaten at some stage and will be but knocking them off their perch is no easy task. A change of manager has freshened things up and may help. Lorrha man Ken Hogan was a huge influence over the last few years and no one in Rynagh's wanted him to move on. He decided to go back to his home club and in a funny way, that may work out for them as Kevin O'Brien will be leaving no stone unturned to try and ensure their great run doesn't end on his watch. They should qualify for the knockout stages and they are very hard to beat here. Likely champions.

Absentees from last year – None

Prospects – Kilcormac-Killoughey's target is to win the Sean Robbins Cup and they have an excellent chance. They have flattered to deceive in the past couple of years but have been in a transitional period as some of their long serving stalwarts have retired, drifted away or declined. They have a huge array of exciting young talent. They had five starters on the Offaly minor hurling team on Friday night and Daniel Hand would have started but came on as a very effective sub – he had just recently recovered from grandular fever. They had three players on the subs bench and have been producing key players on most Offaly underage teams. They have the raw talent and ingredients to embark on a golden era, a run of dominance but they are not there yet. The minors can't play this year and it will take them a couple of years to bed in at senior level. Even with that, however, they are very serious contenders. They may have the best chance of unseating St Rynagh's but there are doubts – they can be a bit volatile, blow hot and cold, and they will have to improve considerably on last year in particular to return to the winners' enclosure.

Last year – Bowed out in the group stages

Prospects – Birr should be able to come out of this group but they will be very wary, particularly of Clodiagh Gaels. They have an outside chance of winning the title and can be very good on their day. They have a serious scoring machine in Eoghan Cahill and have a lot going for them. At the same time, you couldn't predict them to win the title at the moment.

New players - No new additions from underage but Conor Meaney and Ciaran Carroll are back from long term injury and Eoghan Callaghan is working his way back.

Absentees from last year - No retirements but Keith Bergin has emigrated to Australia and Aaron Browne is taking a year out.

Prospects – Kinnitty are championship outsiders, even if they can trouble a lot of teams. Their first priority is to retain senior status while they would love to challenge for a quarter-final place. They are in a tough group and they have their work cut out here.

Prospects – Clodiagh Gaels are in a tough group and their initial aim is to avoid relegation back to senior “B”. They will be hoping to challenge for a quarter-final place but it is difficult to see them upsetting St Rynagh's or Kilcormac-Killoughey. They will also be big underdogs against Birr but they will be targeting this game and Kinnitty as two that they could win. It will be touch or go for them staying up but they may be good enough to do so.

Absentees from last year - None

Prospects – Coolderry went agoningly close to winning the title last year and will be hungry for success this year. They are a great club and their ability to compete year in, year out commands the utmost of respect. They have players in the veteran stages of their career and they can't keep going to the well but they also have some good talent emerging – along with plenty of players in their prime. They will be favourites to top the group and at the very least, they should make the quarter-finals. There are banana skins for them in this group but it would be a major surprise if they didn't qualify. Coolderry are championship contenders. They will be there or there about, even if they could fall just short.

Last year – Beaten in the semi-final

Prospects – Shinrone have enough good hurlers to start knocking on the door now. They reached the semi-final last year where they competed well against Coolderry. They are not a 100 miles away but they do have significant improvements to make. The minimum requirement for Shinrone this year is a quarter-final place. That is not written in stone, though they should be capable of getting out of the group. They are in the second tier of contenders.

Absentees from last year - Aaron Maher missed a lot of action last year with a fractured collar bone and he has a fractured ankle this year.

Prospects – With Offaly senior hurlers in Ross Ravenhill, Ciaran Burke, Brian Duignan and John Murphy, Ballinamere have some of the best young talent in Offaly. Ravenhill has struggled with injury this year and Ballinamere need him firing on all cylinders. With that type of talent and their underage record, Ballinamere have a lot of the equipment to make a huge breakthrough but it hasn't happened so far. Youth is a factor but they were very disappointing last year and question marks remain. It is not easy to manage their dual commitments with Durrow either. Getting into a quarter-final is the minimum requirement for Ballinamere to make progress this year. They should be able to do that, though there are plenty of tricky games in this group. It will be difficult for them and a championship win does look beyond them at the moment, though they have the scope for vast and dramatic improvement.

Absentees from last year – Oisin Kelly is still recovering from a cruciate injury though he could see action later in the campaign;

Prospects – Belmont will be hoping to perform better than last year when they never really got going. They have a strong back bone and are very difficult to beat. They have a fighting chance of coming out of this group but don't look to have enough to win a championship.

Prospects – Seir Kieran's main goal is to stay up in senior hurling. At the same time, they won't be unhappy at their group draw and will be hoping to give at least a couple of teams a real rattle here. However, they are also capable of shipping some big beatings. They can't win the championship and an early exit is the likely outcome for them.