McNamee's not named on Offaly panel for crunch Wexford match 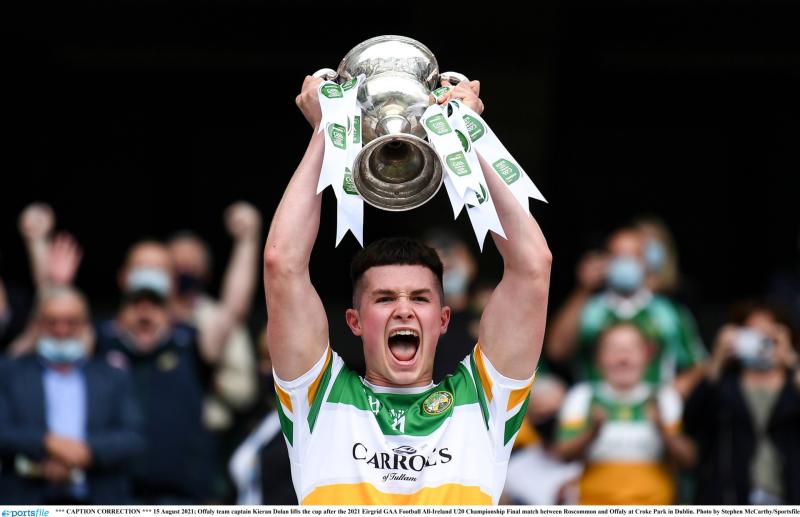 Kieran Dolan will make his senior championship debut in Wexford.

NIALL McNamee and Ruari McNamee have not been named on the Offaly panel for tomorrow's crunch Leinster Senior Football Championship opener against Wexford in Wexford Park – it has a 3.00pm throw in.

The Rhode first cousins injured their hamstrings in recent challenge games with vice captain Ruari McNamee pulling up early on in the Eugene McGee memorial match in Longford while Niall got injured in a challenge game a week later.

In the modern GAA world, the possibility or one or both of them being added to the panel late and featuring can't be ruled out but at the moment, it looks like they are out. It really damages Offaly's prospects and it means that they are down five of their top forwards – Edenderry protege Cian Farrell is recovering from a cruciate injury sustained while playing for this club last year, Jack Bryant is out with a hamstring injury and Peter Cunningham only returned recently from an army tour of duty in Syria. Eoin Carroll also took a year out to travel Australia and the Offaly team has a very new look about it.

Manager John Maughan and selectors have drafted in three U-20s in the wake of their defeat by Kildare in the Leinster semi-final on Thursday evening. Had they advanced to the Leinster final, their players would not have been available, but as expected defenders Lee Pearson and John Furlong and attacker Keith O'Neill are now on the squad. O'Neill did pull a muscle in his leg late on in the Kildare defeat and his fitness will be fully assessed but if he is fit, he will be a very useful option on the line – the Clonbullogue flier has scorching pace and an eye for goal.

With Ruari and Niall McNamee not named, there are no major surprises on the Offaly side. Two of last year's All-Ireland U-20 winning side, defender Kieran Dolan and forward Cathal Flynn will make their championship debuts. There is also a championship debut for Raheen's Dylan Hyland - a former Offaly minor and U-21 footballer, Hyland returned home from Australia in the past couple of years and has impressed in the attack this year. Captain Johnny Moloney will partner Jordan Hayes at midfield while David Dempsey is centre half back. Tullamore's Diarmuid Egan and Clonbullogue's Jack McEvoy will feature on a senior championship panel for the first time on the subs bench.

While Offaly operated at a considerably higher level than Wexford in the league, this is a tough challenge for them. They will be on high alert for it, fully aware that they are sitting ducks and have zero room for complacency.