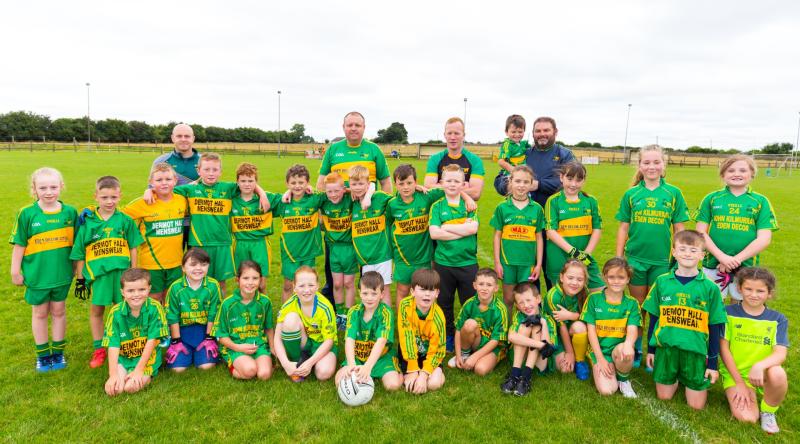 Emmet Mayon, back left, with a Rhode U-8 squad he helped coach some years ago.

THERE was great shock and sadness in Rhode at the weekend at the sudden death of a popular local man, Emmet Mayon.

A member of the Irish Army, Emmet was in his 30s and was very well liked. He was a former Rhode footballer and won multiple medals during his career while he was also active as a club coach in recent years.

His best position in football was probably at wing back, where his ball carrying ability and direct play was an asset to any team he played on. He also played in the attack and was a versatile and committed footballer. He also served the club well as a coach and selector with underage teams in recent years.

He grew up during a golden era for Rhode football, playing along side and training with some of the best footballers in Offaly.

He will be deeply regretted by his heartbroken parents Frances and Robbie, much loved children Gavin, Sophie, Luke and their mother Majella, his twin brother Darragh, older brothers Robbie and Ross, sister-in-law, aunts, uncles, niece, nephews, cousins, relatives, friends and comrades in the Defence Forces.

Emmet will repose at Larkin's Funeral Home, Edenderry this Wednesday from 4pm to 8pm. A Funeral Mass will take place on Thursday at 1pm in St. Peter's Church, Rhode followed by burial in the adjoining cemetery.