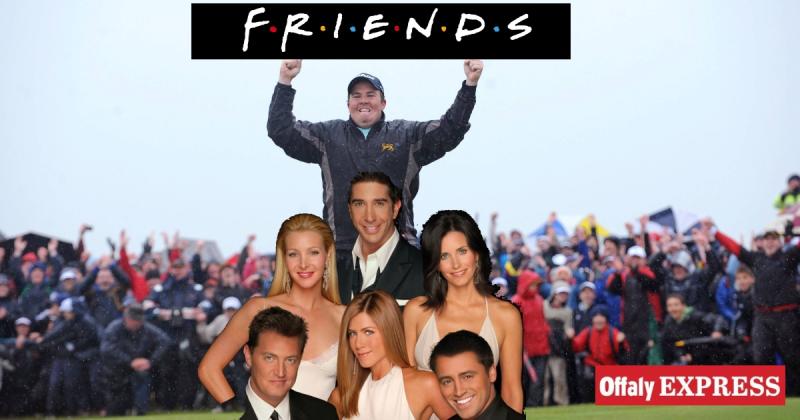 Episode names if TV show Friends was set in Offaly

With the Friends Reunion airing on TV tonight, we asked our readers to come up with some episode titles imagining the show had been set in Offaly.

You came up with some beauties! See a list of suggestions below

The One They Hit All The Potholes (two-part special)

The One When Shane Lowry Won The Open

The One Where They Go To JJ Houghs For A Pint

The One Where They Go Footing Turf

The One With the Wind Turbines

The One With The Sit-Down Protest

The One When They Forgot To Turn Off The Immersion

The One Where Ross Was Sucking Diesel

The One Where We All Got the Shift In The Harriers

The One Where We Stopped Kerry Winning Five In A Row

The One Where Rachel Won The Queen Of The Land

The One Where Phoebe Wrote The Song Smelly Cows

The One Where Rachel Gets A Job In The Bridge House

The One With The Fight Outside The Chipper

The One Where Joey Gets A Part In Pure Mule

The One With Ross And The Bog Bodies

The One With Ross's Chicken Fillet Roll