Golfers told not to play while awaiting test results 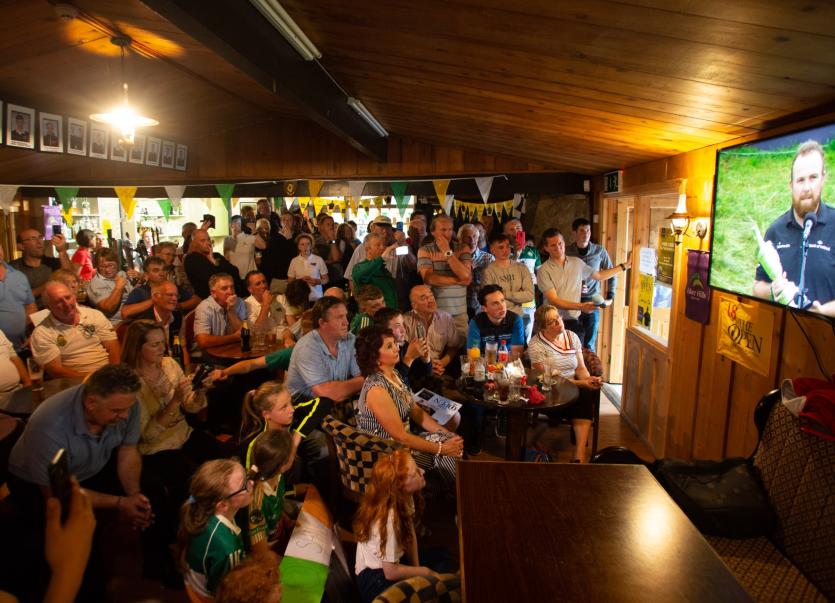 A GOLFER and his two playing partners had to leave Esker Hills Golf Club quickly on Sunday after getting a phone call that he had tested positive for Covid-19.

The male golfer and his playing partners left early during their round after he was told of the results – playing in a weekly competition at the Ballinamere club, they didn't go into the club house or enter scores for the event.

The affected golfer works in Rosdera Meat Factory in Clara, which has had a number of confirmed cases in recent days. Mr Ray Molloy of Esker Hills Golf Club told the Tribune on Monday that he played golf as he hadn't any symptoms and presumed he was okay.

Internationally famous as the home club of British Open champion Shane Lowry, Esker Hills Golf Club informed its members of the positive test on Sunday evening and immediately liaised with the Golfing Union of Ireland and the HSE about the correct course of action to take.

While golf can continue as normal at the club, they have asked members and visitors not to play there if they are awaiting test results or have any symptoms.

In their notification to members on Sunday, Esker Hills stated:

"Unfortunately, one of our members has tested positive for Covid-19. We wish our member a speedy recovery and all the best.

"He was not in close contact with anyone other than his playing partners who are also aware of the current situation.

"In light of this, it is imperative that we all follow the guidelines set out by the HSE and in future if any of our members are awaiting results or experiencing any symptoms of Covid-19 please refrain from playing until negative test result is confirmed.”

It is understood that the golfer was tested last week along with all other workers at the Meat Factory. Workers at meat factories are now tested regularly and Mr Molloy said: “He got the phone call during his round and left immediately. His two team mates left with him and that was it. We have been in touch with the GUI and HSE and the HSE are looking after contact tracing from their end.“

The outbreak in the Clara meat factory also caused anxiety in Clara GAA Club as they have a number of big games coming up over the coming week and a positive test for one of their players could force them to shutdown. They played Cappincur in the Senior Football Championship on Monday evening, where they had a narrow but very important win.

Funny enough, Mr Molloy reported that Esker Hills has witnessed an upsurge in members and visitors since reopening some time ago. Before the recent two weeks shutdown for Offaly, Laois and Kildare changed the goalposts, they had witnessed a growth in members and visitors as people turned to a new sport that they could play safely. With spectators now banned from all sports events, Mr Molloy revealed that they have taken in 100 new members this year across all age groups while their junior membership has more than quadrupled.

On the downside, visiting societies have declined, particularly those who had planned on staying overnight in Tullamore. Socieities from Cork, Limerick and other places have cancelled planned visits in the wake of the recent shutdown.

“The Offaly lockdown did a lot of harm. The attitude seems to be to avoid Offaly, that people won't go to Offaly. Laois has found the same. Travelling socieities are very slow. Before that, we were going great. July was a very good month. With the lack of GAA and rugby, golf has had a big upsurge. “

Castle Barna Golf Club closed earlier this year as its course was returned to farmland by the owners Kieran and Evelyn Mangan – it happened before the coronavirus crisis and Mr Molloy revealed that they only got a few former members from there. “New Forest got most of them but us and Tullamore still out our share,” Mr Molloy revealed, adding that there are still floating former members from there who haven't joined a club yet because of the crisis and they got one of those last week.

While permitted to do so, Esker Hills has not opened its bar and catering facilities as the regulations would necessitate the employment of extra staff and they feel it is not workable in the current climate.

Like so many people, Mr Molloy is anxious about what the future holds. “I don't know where it end up. The GAA is suffering so much with finances and every sport is the same.”