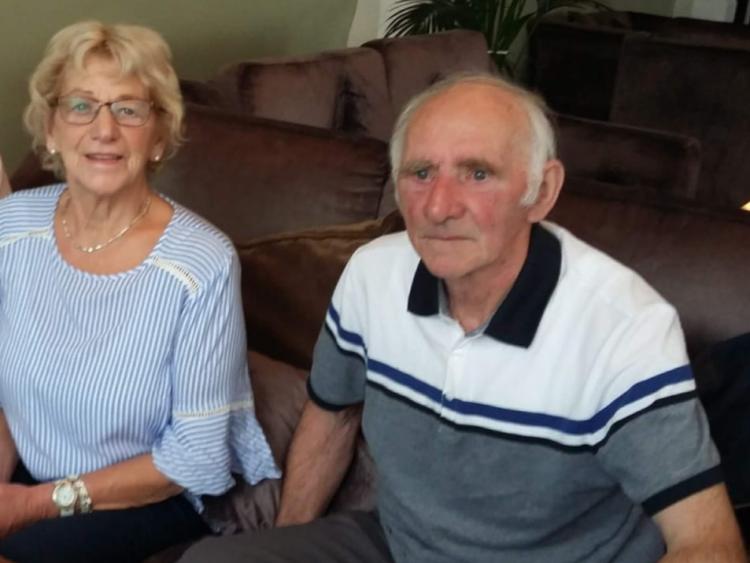 MICK Neville was one of the greatest runners in the country during his running heyday in the 1950s and 1960s. He won the national 15 and 10 mile road races, competed in the predecessor of the modern world Cross Country Championships and broke the European three mile indoor record at a race in Wembley in 1962, when he was at the peak of his powers. He occupies a pivotal role in the early history of Tullamore Harriers, which was formed in 1953, and transferred to Donore Harriers after the club was suspended following a row at a cross country race in Tallaght - after living in England, he returned to his home club where he had several great achievements as a veteran in the 1980s.

Still remembered with great fondness by people from that era, Mick Neville has lived in Waterford for several years and turned 80 earlier this year. A native of Lynally, not far from Tullamore in the Mucklagh hinterland, he was offered an athletics scholarship to Idaho University in the USA in 1961 but unfortunately, it fell through due to an eligibility clause which meant that he would be only allowed to compete for the college for one of the three years he would be in the states.

He was the first Tullamore Harriers runner to be offered a scholarship to the USA and it was a path trod by several athletes since then. There was a great run of scholarships in the 1970s and 1980s and now history is repeating itself with a number of the current golden generation either gone to the USA on scholarship, about to go or likely to get offers. Others such as Mark Milner, a great 800 metre prospect who is gone on scholarship to UCD, have opted to stay at home - there is an ongoing debate in Irish athletes about whether exciting young prospects are best served by staying at home or going to the USA. See pages 64 and 58 for a story on the latest scholarships.

The following profile of Mick Neville was published in the Tullamore Harriers history book a couple of years ago.

HIS career with the Tullamore Harriers was a fairly brief one but his name is still uttered with pure awe any time it is mentioned in Spollanstown and his achievements stand the test of time.

Mick Neville is one of the great names of Offaly athletics and while he has spent far more of his life outside Offaly than in it, his athletics accomplishments have served as an inspiration to generations of people.

Born in 1940 in Lynally on a stretch of the road that has produced some great GAA and running families, Mick Neville was a legendary runner during his peak years in the 1960s, breaking Irish and European records and beating an Olympic marathon champion, Abebe Bikila among many other top class athletes.

An unwitting pivotal figure in the controversial events that led to Tullamore Harriers being suspended in 1961, Mick Neville transferred to Donore Harriers in the wake of those events which are outlined in greater detail elsewhere in the book.

It is ironic that those unfortunate events actually made Mick Neville the runner. As Tullamore Harriers was a NACA club, he couldn't represent Ireland with them and it was only with the Dublin club, Donore Harriers that he could tog out for his country.

Living in Waterford for most of his life, Mick Neville took up running at 12 years of age when he attended trials in Daingean for the Offaly youths Leinster cross country team. He was unsuccessful on that occasion but made the team the following year and won his first Leinster medal at 15 years of age.

He had joined the Mucklagh based, St Colman's Club and there was a thriving running scene in that area at that time.

In the 1950s, the athletics scene in Offaly was very different than now, bearing no comparison to the high participation rates that currently exist but with a quality of running and times that many modern runners can only look on with wishful envy.

Mick Neville was to the vanguard of the boom that took place in this period. Tullamore Harriers was formed in 1953 and the Lynally man joined them towards the end of the decade – his transfer from the Mucklagh based St Colman’s towards the end of the 1950s sparked objections and controversy, resulting in the Harriers getting disqualified from races.

Towards the end of his teens, he had emerged as one of the country's top endurance athletes. The range of his talent was immense as he prospered in long distance events such as the 15 mile road race and track races such as the mile. For example in 1958, he won the All-Ireland 15 mile championship and two weeks later he won the Leinster 2 mile track championship.

In 1960 at twenty years of age, he set a new Irish ten mile record on grass, running a phenomenal 51.05 minutes and lapping a field that included former champion, Harry Gorman.

In 1960, he was almost unbeatable and he took silver behind a local athlete, Sean Sullivan in the national cross country championships in Kilmallock. He was part of a famous Tullamore Harriers team that won a 6 mile race in London and won a host of other titles and races that year, setting records and personal bests all over the place.

In 1961, he broke the national two mile record in a time of 8.51, after competing for an Irish 4 x 1 mile team the previous night.

In 1962, he won the AAU and NIAA junior and senior titles in the space of eight week, finishing over a minute clear of the field in the AAU senior eight mile event and leading Donore to the team title.

He soon became a regular international and he competed in the Home Countries Championship in Wales in 1962, on a team that included Olympic champion, Ronnie Delany.

In 1962, a predecessor of the modern World Cross Country Championship, the International Cross Country Championships took place with a 7.5 mile race in Sheffield in England and Mick Neville was part of an Irish team that took to the post in a top class field that included a future Olympic steeplechase champion, Belgium's Gaston Roelants. Showing typical courage and guts, the Offaly man ran with Roelants for much of the race before suffering late on and finishing a still excellent seventh in 45.05 minutes with Roelants winning in 44.40 His Belgium team mate Marcel Vandewattyne was second in 44.46 and England’s Mel Batty was third in 44.48 – just seven seconds separated the 5th to the 9th finishers and Neville’s run was particularly noteworthy as he fell during the race. .

He was at his fantastic peak in 1962 and among his memorable achievements was a three mile race at an indoor meeting in Wembley in London when he and England's Derek Ibbottson both broke the European record with Ibbottson first in 13.44.8 and Neville breathing down his neck in 13.45.2 with famous English runner Ron Hill trailing behind them.

Unfortunately a back injury ended his ambitions of competing in the European Championships that year.

In 1963, work brought him to Coventry in England where he joined the Coventry Godiva Club and he continued to record sensational times. He ran 4.07 for the mile in the club championship and a short while later, ran 13.33 for the three mile event, where Basil Heatley had to set an English record of 13.22 to beat him.

Later that year, he won the 5,000m at an invitational race in Czechoslovakia while in one 12,000 metre race there, he beat the Ethiopian, Abebe Bikila in a race that was started by legendary Finish champion, Emil Zatopek.

In 1964, he had the qualifying time for the Tokyo Olympics in the three mile event but sadly, injury meant that he couldn't travel.

Injuries were becoming an increasing problem for Neville and he opted out of running for a couple of years before returning home to Ireland in 1966, where he worked first in the Tynagh Mines in Galway and then with the Gas Board in Dublin. In 1970, he changed employment to NET in Arklow and in 1971, he started work as an instructor with ANCO, where he completed his working life.

Running was not a priority for Neville in the 1970s and it was in the 1980s before he started racing seriously again. Though now a masters runner, it was not long before his class shone through again.

In 1981, he rejoined Tullamore Harriers and he won Leinster masters titles in 1 mile, 4 mile and cross country races. His dedication to training was the thing that separated him from many of his peers and he represented Ireland in a host of masters events at home and abroad throughout the 1980s. He continued this excellent form in veteran events in the 1990s and into the 2000s, showing that while age can reduce a person’s powers, class is permanent.

“He was an incredible athlete. He was that good, I always thought he was capable of winning an Olympic marathon. You had to see him competing to realise how good he was,” recalled long serving club treasurer Brendan O’Shea.

In the late 1950s and early 1960s, Mick Hayden was a frequent training companion of Mick Neville and he remembers those times with great fondness, particularly their regular after work runs home from Bord na Mona in Boora.

“He was the best athlete in the country at that time,’ Hayden said. “He was an all rounder. He could break two minutes for the half mile. He was the first Irish man to do four minutes flat for the mile. He won the Irish fifteen mile road race at 19 years of age.”

The training in those early years was severe and Hayden recalls them doing sessions of ten interval miles on the Clara Road and ones of 40 x 200m.

“He was some athlete, he was a star,” declared Hayden.