OFFALY DOG'S VIEW OF LOCKDOWN: he won't let his master lead him astray

"Humans call this a lockdown? I've never been out as much." 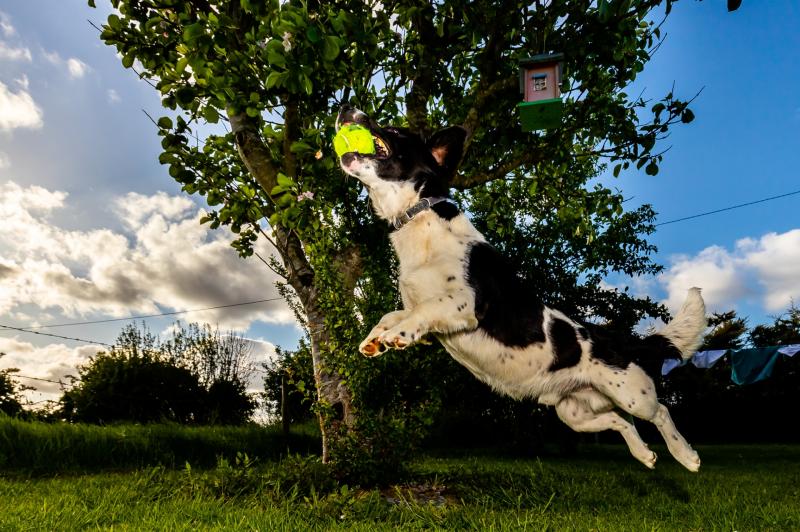 Anyone for tennis? This Kilclonfert player can't wait to get back on court Photo credit: Tom O'Hanlon

SO this is the new normal, people.
I'm walking more than I've ever walked before and I'm getting seriously concerned about my humans' mastery of the English language.  They call this a lockdown?  I've never been out as much.
At a moment's notice, just when I've found refuge in a cosy corner of what has inexplicably become a crowded house, I hear the rattle of the lead and my name is called out.
It's either my master or his partner, often both, readying themselves for yet another outing, talking about kilometres, steps and routes.  As if I care.  All I know is I'm going to have to follow their lead. Again.
I can hear the chatter about how many people are out, how many aren't out and who's ignoring the rules.  Like most of my canine colleagues I misinterpret an odd word or two but I have a very keen ear for tone and I've finally figured out what I'm picking up here; it's disdain.
Disdain for those who don't keep their distance, disdain for those who are driving somewhere for no apparent reason, disdain for those they suspect did not wash their hands before leaving the house.
I've seen many a human drink crystal clear fluid from glasses and over the years I've learned that when it comes from a bottle first there could be consequences for me. I swear after a couple of glasses of the stuff some humans, even strangers who visit, are straight over to me, smiling and laughing and hoping they can rub my belly. Sometimes I'm not in the mood and I find a growl, followed by a cautionary snap, sends them away.
But shortly after this lockdown became a thing I noticed the humans in my household using clear fluid in a different way.  They were somehow spraying it straight onto their hands. Not once did I see it being sprayed into the mouth.  Weird.
Should I worry about my humans? No, they'll be fine.  They talk about being all in this together but I ignore that.
When we're walking along and another dog barks at me in a cowardly way from the sanctuary of his own front garden I don't feel any sense of togetherness with him at all.  I just want to mark his territory and move on.
All dogs are different, you must understand.  Take the one (and he's not me, I'll have you know)  pictured here, for example.  I wouldn't be bothered with a leap like that.
Yes, he looks impressive but why bother catching a tennis ball?  Won't Wimbledon be cancelled anyway?
It'll go the way of all those other ballgames which normally blare from the TV this time of the year. My sitting room isn't safe in the spring and summer.  No sooner has the Champions League with all its talk of long balls, short balls, bad balls and good balls finished than the GAA championship starts and they're discussing the big ball game, the small ball game and mysteriously, the 'square ball'.  That's one I'll never figure out.
So to make myself clear: I'm not missing live televised sport during lockdown.
Now, let me rest. I'm feeling wuff and I've walk in the morning.