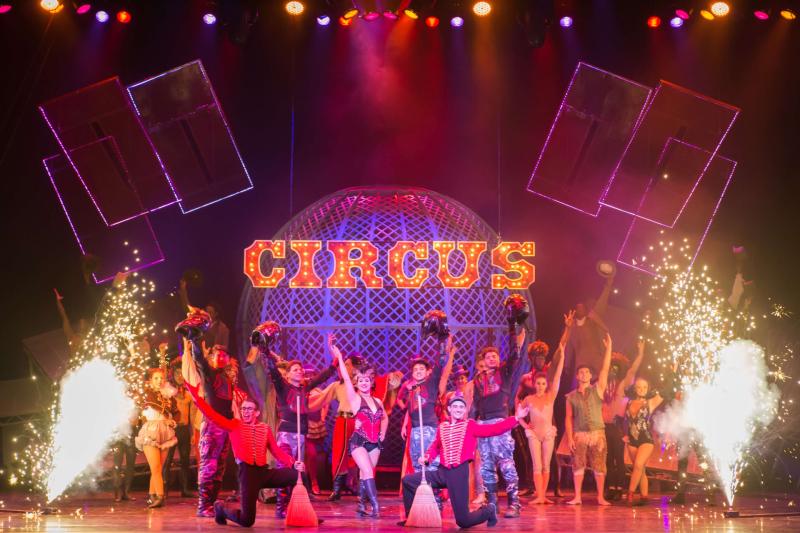 We've teamed up with the people behind Cirque Berserk to give one lucky reader the chance to win a family ticket and backstage meet and greet to their stunning stage show in the Bord Gais Energy Theatre. Head over to our Facebook page for details.

Zippos Circus is behind the show and they have announced that Cirque Berserk!, the UK’s biggest and boldest theatre/circus spectacular, will be returning to the Bord Gaís Theatre, Dublin, direct from a packed-out month at the Edinburgh Fringe Festival later this month.

Despite the huge public welcome given to Cirque Berserk! in the City back in February, the Bord Gaís Theatre was forced by the snow to cancel some performances at that time owing to bad weather.

The show has met with enormous success on tour throughout this year. "We're bringing it back to Dublin for a week of performances from Tuesday 25th to Sunday 30th September."

Cirque Berserk! will see the return of its most famous – and most dangerous – act, the legendary ‘Globe of Death’, in which four motorcyclists defy gravity, risking life and limb criss-crossing the roof and walls of a spherical steel cage at speeds of up to 60 miles per hour.

The company includes over 30 jugglers, acrobats, aerialists, dancers, drummers and daredevil stuntmen from all corners of the globe. They will be joined by the Mustache Brothers, hilarious award-winning physical comedians. Perfect family entertainment for everyone from 8 to 98!

The production rounds off the show’s 40-week tour, which coincides with the 250th anniversary of Circus – the world’s greatest entertainment and art-form.

Head over to the Offaly Express Facebook page to enter our competition for tickets.