Is your pet pooch fit for the stage? This could be their big break! 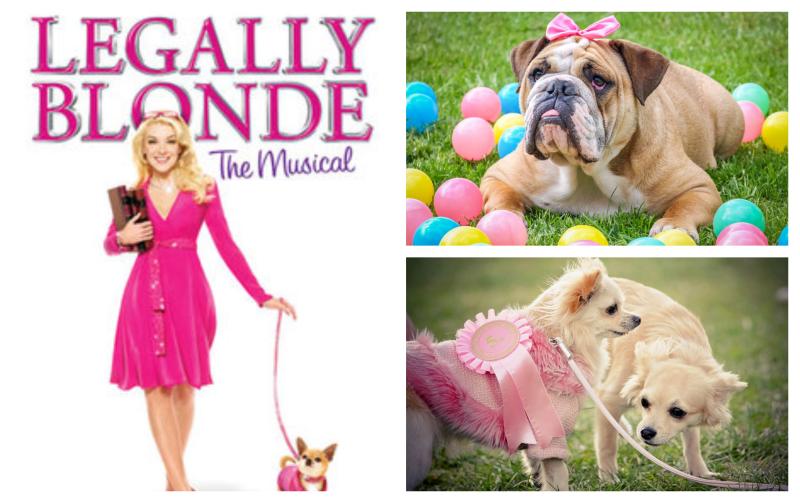 Is your pet pooch fit for the stage? This could be their big break!

A major new tour of the smash-hit Broadway and West End show, Legally Blonde The Musical comes to Bord Gáis Energy Theatre for one week only from 5-10 March 2018 and the casting company want your canine companion to be part of the stellar line up.

In a statement, the producers said:

"We're looking for a four-legged, furry superstar to join the cast of this fun-filled, feel good show which includes Ex-EastEnders star Rita Simon in her first role since leaving the soap, former X-factor finalist Lucie Jones and Bill Ward, star of Coronation Street and Emmerdale."

Legally Blonde, based on the film franchise of the same name starring Reese Witherspoon, features two leading doggy characters in the cast – Bruiser and Rufus.

Doggy auditions to cast Rufus for the Dublin leg of the tour will be held on February 8, 2018. "We are preferably looking for a Bulldog as in the film, but we are certainly open to other breeds. So long as they’re NOT cute and cuddly, in fact the uglier the better," the casting statement said.

Ideally here's what they're looking for:

Temperament – If your dog is relaxed, laid back, good with people and enjoys a good fuss, we would love to hear from you.

Responsive to Commands – Does your dog respond to ‘come here’, ‘sit’ and doesn’t just wander off doing its own thing?  Then they could be exactly what we’re looking for. We do not expect ‘Rufus’ to perform tricks.

Tricks – If your lovable brute has any tricks, we would love to see them. They have 5 minutes to show us what they’ve got. If their skills are good enough we could end up using them in the show!

Experience – Although absolutely not essential, if your dog has some form of stage experience it will be a huge bonus. Even the most confident of dogs can suddenly be affected by the lights, the band and the huge round of applause they are bound to receive on their big entrance!

Here's how to apply:

If you think your pet pooch has what it take to tread the boards at Dublin’s Bord Gais Energy Theatre from 5-10 March:

Email legallyblondedogauditions@gmail.com please place DUBLIN AUDITIONS in the subject title with the following:

·  Photo of your Doggie along with your dog’s name, breed and brief description.

In the audition, the dogs will be required to walk around on the lead with their owners, sit on command, give a paw if they can, and if they do tricks casters will see them (absolutely not essential!)

Then the owner will be asked to get their pup to respond whilst off the lead.  A member of the panel will then run through the same exercises, just to see how the dog responds to strangers. We are looking for basic obedience of course but first and foremost it's temperament. Shy/nervous/disobedient dogs are not what they're looking for.

As well as winning a coveted role in a award winning West End Show – the winner will also receive a prize from Urbanpup.com who are supporting the auditions, and tickets to see a performance.

All finalists will get an Urbanpup.com discount voucher to buy doggy things online.

The winner will be required to appear in every show for the week from (5-10 March 2018) - the dog will make two appearances during the show as well as their bow at the end.

If you are successful in your application for an audition place you will be notified by email and allocated a time slot for auditions on February 8 in Dublin.