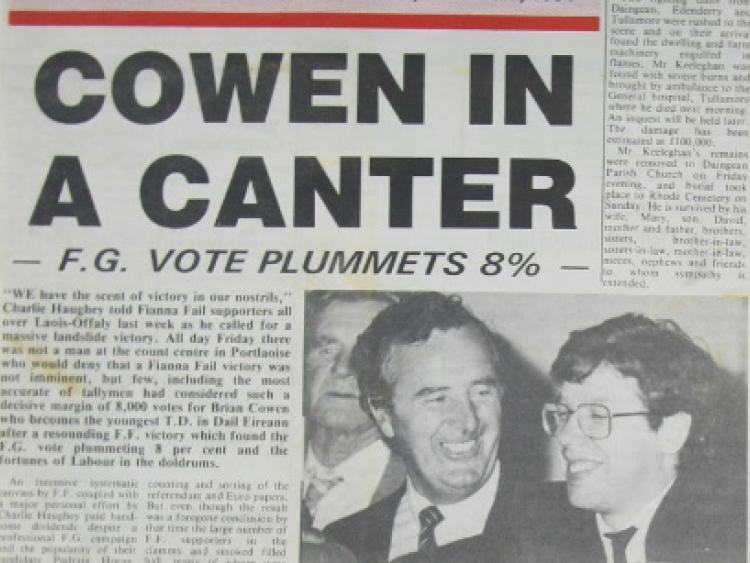 It's been 33 years since the Offaly Express first hit the shelves, and the very first front page of that original Leinster Express Offaly Edition carried the story of a young Brian Cowen cruising into Leinster House.

"We have the scent of victory in our nostrils," Charlie Haughey declared as he toured the old Laois-Offaly constituency in 1984, and the infamous former Taoiseach's senses were shown to be intuitive when Brian Cowen romped to victory in June.

Cowen won by 8,000 votes as Fine Gael's vote tally fell by 8% in the constituency and the fresh-faced Clara man became the youngest TD in Dáil Éireann at just 24 years old.

Reporting for the Express at the time, John Whelan wrote: "Fianna Fáil supporters in the clammy and smoke-filled hall, many of whom were fatigued from the long days on the campaign trail, had no difficult in raising a loud cheer for their new TD. Their spirits were high and their hour had come." 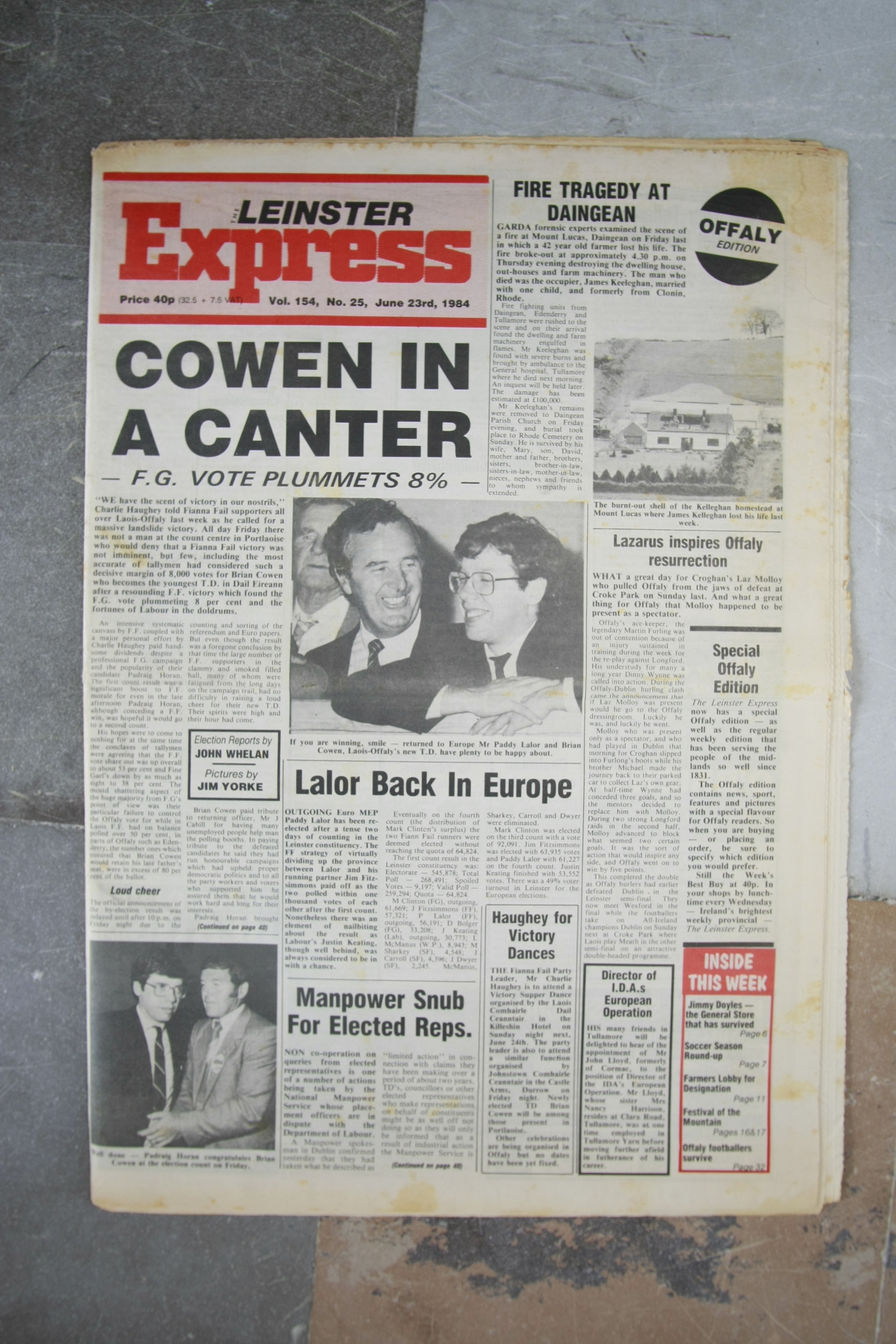 PICTURED: The front page of the first ever Offaly Express on June 23, 1984

Brian Cowen retained his seat for almost 30 years from that warn June day until his political retirement in 2011, when he stepped down from his position as Taoiseach amid a banking collapse and IMF bailout.

Also on the front page on that day in June 1984 was the tragic story of the death of a local farmer in a fire. James Keeleghan, who was married with one child, was found with severe burns at a house in Mount Lucas near Daingean. He died just hours later in Tullamore Hospital.

On the sporting front, Laz Molloy made the front page in 1984 after his heroics in Croke Park, despite starting the day as a spectator. During a clash with Longford, an announcement rang around Croke Park for Laz to make his way to the Offaly dressing room. Offaly's regular keeper Martin Furlong was injured and his understudy, Dinny Wynne had conceded three goal by half-time. Laz, emerging from the stands at HQ, made a string of saves after being introduced as Offaly went on to win by five points. The story inspired the headline, "Lazarus inspires Offaly resurrection."