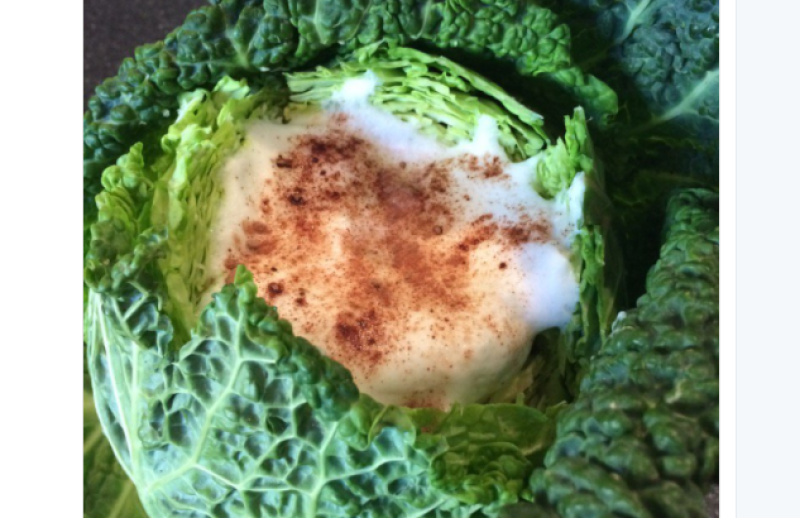 Popular columnist Paul Howard has raised a few eyebrows and caught a few people out with his latest tweet about a strange new drink in Offaly.

The satirical writer, using the Twitter account of his enduring Ross O'Carroll Kelly this morning, May 24, Howard joked that he was enjoying a cabbagino, effectively a cappuccino in a head of cabbage at a service station in Co. Offaly.

You can keep your avocado lattes. Just had one of these in the Obama Plaza. It's called a Cabbagino. pic.twitter.com/4CUTat7UXQ

Clearly poking fun at the revelations last week that some coffee shops around the world are now serving lattes in avocados, the Dublin writer received a wave of replies from his followers.

One comically quipped, there's ating and drinking in that,' while others were surprised the ultimate D4 character had left the 'south side,' warning him to be 'careful out there' in Offaly.

Some contemplated making the journey to the Obama Plaza, but most caught the joke, with one saying, 'it's nice to wake up to a good humoured tweet.'

Howard returned to Twitter today to quell any speculation that the cabbagino was a real phenomenon, posting a humourous retort: "I was joking about the Cabbagino. I want to apologise to the staff of the Obama Plaza, who have been turning away Offaly hipsters all morning."

We live in hope that the perfect marriage of mammies' dinners and metropolitan coffee culture one day becomes a reality!