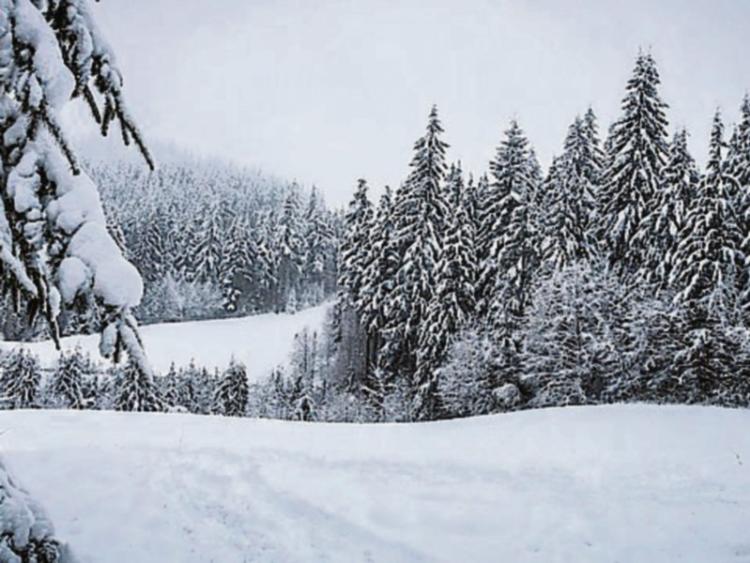 I have been ticking off the projects around the house like a trooper over the past couple of weeks.

I’m like Taz from the cartoon back in the day. This happens every autumn.

This crazed burst of energy, this urgency to get loose ends tied up.

And every time it happens it gives me occasion to think about the extent to which we are all essentially pre-programmed.

We all like to think of ourselves as willful, autonomous, independent human beings but so much of what we do is based on primal urges and instinct.

Every man gets a burst of energy at this time every year; to fix that cracked roof tile, to screw down that flapping bit of galvanize sheeting, to silicone that window that was never done.

In evolutionary terms we have only been here a nanosecond.

You might think all you are doing is topping up your car with anti freeze but you are in fact following and honouring a long standing tradition amongst us homo-sapiens in battening down the hatches and preparing for the merciless winter ahead.

Sure, those lads thousands of years ago probably had it a bit rougher what with all that chasing deer for the dinner, trying to chop up a bit of firewood with the equivalent of a shovel, attempting to stave off hypothermia wrapped in a cow hide and being chased relentlessly by bears and mammoths.

But the point still stands; there is nothing straightforward about climbing a forty- foot ladder to clean a year’s accumulation of moss and leaves out of the gutter.

We are essentially in the same boat as our predecessors; they foraged for food and fuel and pelts, we clean the gutters, put winter tires on the car, clean the chimney, put a draught excluder on the back door and head to Lidl to do a big shop when we don’t like the look of what Evelyn Cusack is telling us. We are tapping into the same primal urges.

And it’s interesting how much of those preparations are based upon the idea that everything dies for the winter.

That absolutely nothing happens.

We all seem to carry around a notional watershed in our heads; “If I don’t get those fence posts in by November 21st well then I may forget about till spring”.

At times it can be hard to eke out a positive aspect of our weather but if there is one to be found it is surely that we don’t have any wild extremes of temperature, our winters are mild.

Life does, in fact, go on. Spare a thought for the poor divils up in the likes of Alberta and Alaska who get real winters.

What we get by comparison is not worth talking about.

So yes life does go on.

Far from things grinding to a halt, if you look for it, the direct opposite is true.

It means challenging the easy assumptions and received wisdom about the desolation of winter.

And that’s always difficult. I am involved with a group of hobby organic growers who meet once a week.

This time of the year represents an ending of sorts, of course it does.

For example, this week we harvested the last of the tomatoes and strawberries and composted the remains of the plants.

It is an ending of one cycle but if you think about it we are on the cusp of the beginning of another.

All you need is the ability to create some sort of microclimate, in our case we are lucky enough to have a poly tunnel but a window sill would do.

A symphony of goodies. Winter, what winter?