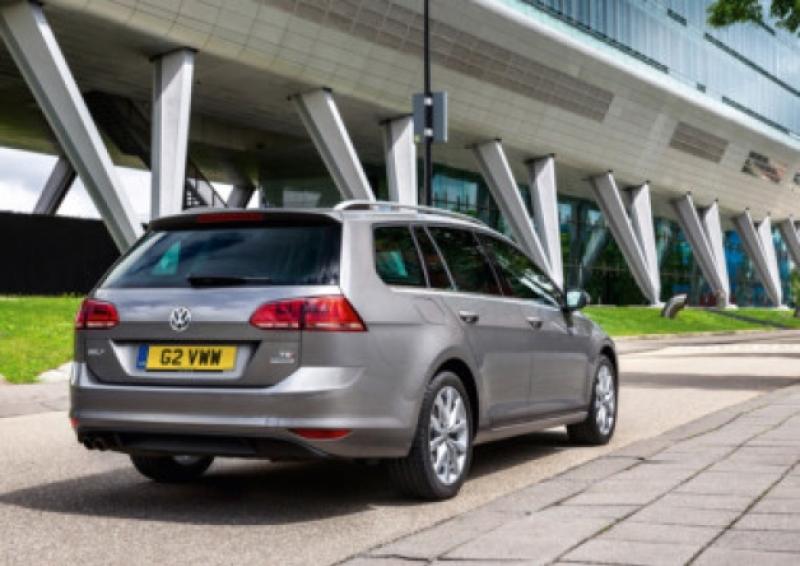 The new Golf Estate has been revealed, boasting around 60% more boot space than the latest hatchback despite an identical wheelbase.

The new Golf Estate has been revealed, boasting around 60% more boot space than the latest hatchback despite an identical wheelbase.

The luggage area, measured only in the boot itself up to the back seats and load cover, has been boosted from the hatchback’s 380 litres to an enormous 605 litres. This Mk VII model signals a big increase from the Mk VI, which had 505 litres at its disposal.

With the seats down the maximum load volume is 1,620 litres, up from 1,495 litres in the old Golf Estate.

A payload of around 600kg for all models is equivalent to some small vans, and depending on engine choice the new Golf Estate can tow a braked trailer of up to 1,600kg up inclines of 12%.

A multi-level boot floor ensures a flat load area even when the seats are folded, while the rolling load cover can be stored underneath the boot when not needed. The rear seats can be folded remotely via a release in the boot.

Three diesels encompass a wide range of performance, from a humble 89bhp 1.6-litre TDI to a 104bhp version of the same engine and a flagship 2.0-litre TDI with 148bhp. They will use five- or six-speed manual gearboxes as standard, with DSG automatics available for an extra cost on the 104bhp and 148bhp choices.

A full BlueMotion model will be made available later in the year, with expected emissions scores of 85.6mpg and 87g/km of CO2.