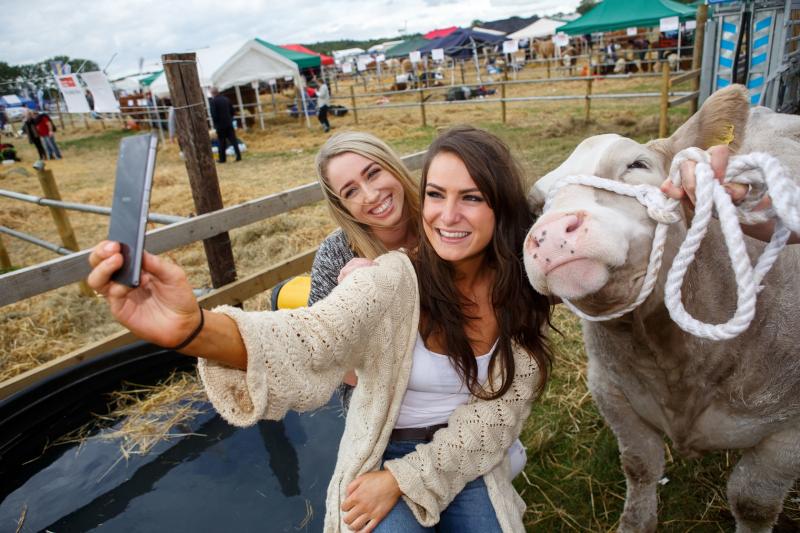 Exhibitors in this section compete for a whopping prize fund totalling €20,000. Competition is fierce with many cattle bought purchased for big at autumn sales competing in this year's classes.

A win in Tullamore is a big achievement with gold and silver medals presented to the champions of each section.
Michael Dolan, head of the commercial cattle section said "Even to get a rosette in some of the big classes is a big achievement and many would consider a win in Tullamore as being one of the highlights of their showing career. It's great to be able to welcome back people to the show both inside and outside the show ring. It's been a good return for many local shows with big crowds attending and we hope to see a big crowd around the commercial cattle rings in Tullamore on Sunday 14th August.

The commercial cattle schedule is packed this year with a total of 26 classes which includes 13 calf classes, 11 senior cattle classes and 2 young handler classes. The calf classes are broken out into 7 breed classes and 6 weight classes. A new class this year is the best calf other than a Charolais ×, Limousin x or Belgium Blue x. Another new class is the best calf male or female weighing up to 270kg. One of the most hotly contested prizes in this section will be Kepak Beef factory animal of the future calf championship.

The senior cattle classes include three bullock classes, five heifer classes and two bullock and heifer combined classes. Highlights in this section consist of the Moyvalley Meats €2000 factory bullock championship, the Dawn Meats €2000 factory heifer championship, the €1000 Liffey Meats best Angus beef animal, best Charolais cross heifer and bullock class. A large number of entries has been noted in all classes with big entries in the commercial replacement breeding heifer. Classes will be judged across two rings, with a number of judges on hand to adjudicate the large array of classes.