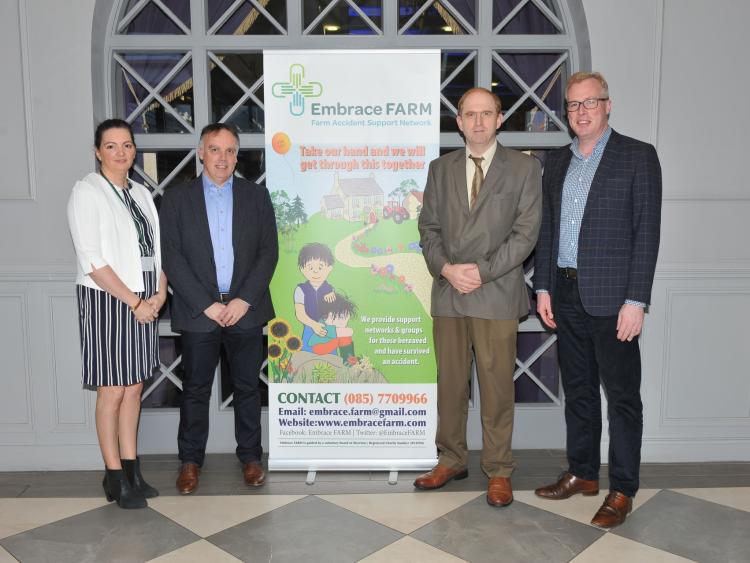 Embrace FARM, the support network for those affected by farm accidents, will be hosting its 5th Ecumenical Remembrance Service in the Church of the Most Holy Rosary in Abbeyleix, Co. Laois on Sunday, June 24 at 2.00pm.

Embrace FARM welcomes everyone who wishes to come to the service to acknowledge anyone who has been affected by a farming accident.

This event now in its fifth year has been held in Abbeyleix since 2014. The group was set up in 2014 by Norma and Brian Rohan from Laois after his father was killed in a farm accident.

The service will be led by Catholic Bishop, Denis Nulty and Church of Ireland Bishop, Michael Burrows, with local clergy from the Church of Ireland, Canon Harvey and Roman Catholic, Fr. Cummins also attending.

It is supported by farming organisations and agribusiness such as DAFM, ICMSA, ICSA, IFA, FBD, HSA, HSENI, Macra na Feirme, Teagasc, UFU, YFCU and by the Agri Media from the island of Ireland.

Embrace FARM will be represented by co-founders Norma & Brian Rohan and the voluntary board of directors who give their time freely in the development of the organisation with Norma and Brian.

Embrace FARM were contacted by 130 families to have their loved ones remembered at this year’s Ecumenical Service.

Behind these numbers is a father, mother, husband, wife, child, relative, or someone important to a family and a community.

Light refreshments will be served at the Manor Hotel in Abbeyleix following the event, all are welcome.

Embrace FARM is now fully integrated with the Charities Regulatory Authority in its operation.

Throughout 2017, Embrace FARM has continued its work in drawing awareness of those affected by farming accidents.

It held residential family weekends in Portlaoise where several families and their children came to share their experiences and support one another in how losing a loved one has impacted and changed their lives.

The first farm accident survivors’ conference was held in November 2017.

For this event, Embrace FARM invited several farm accident survivors to share their stories, a professional panel of experts in sharing how the trauma of surviving a farm accident can affect more than just someone’s physical health but their own and their families mental and emotional health.

Embrace FARM will continue its work throughout 2018 and they invite you to keep in touch through their Facebook page, Embrace Farm, or their website, www.embracefarm.com.