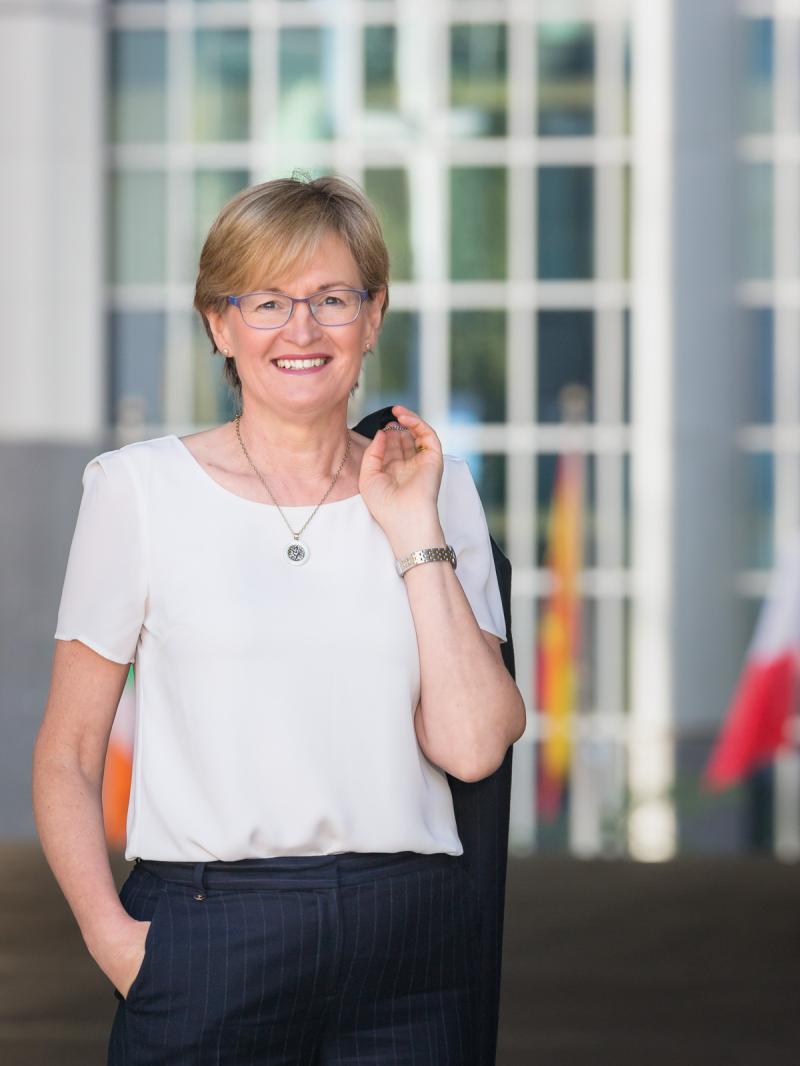 Changes to the CAP (Common Agricultural Policy) are unlikely to come into effect in 2021, with the likelihood of a sufficiently long transition period to enable member states, the Commission and farmers to adjust to any new regime, Mairead McGuinness MEP for Offaly and first Vice-President of the European Parliament said following a debate in agri committee today.

The size of the budget post 2020 will not be known for some time but the debate on CAP reform post 2020 is heating up, she said. In the agri Committee today the EU Commission stressed that there is nothing in their communication to question land linked direct payments, with a flat per hectare payment not excluded.

“However neither is it certain what shape the reformed CAP payments will take,” Ms McGuinness said.

She said it was encouraging to hear the Commission clarify that direct payments are the back bone of income support.

“But it is also clear that the Commission wants to see a more targeted support system to, as they say, ‘suit the needs of farmers in different systems in different member states. The Commission also states that it would like to see “those who deserve support more than others ...taken care of in a better way”.

Ms McGuinness said she is concerned about what this means in practice when the CAP is an economic policy for the sector with a wide range of objectives.

She said the debate about the future of the CAP is linked to budget restrictions.

Capping of payments is already established. “While it’s accepted as a principle there is little agreement between farmers or indeed between member states about the appropriate level of capping,” she said.

She said this is also linked to the concept of “fairness” - again referred to this morning but which has not been defined, yet it continues to be fiercely argued.

“The Commission, which mentions fairness in its comments in the next CAP, cannot provide us with a definition of fairness, other than saying the concept comes up in the public debate and is linked to the much used 80/20 discussion, which points to 80pc of payments going to 20pc of farmers.”

This morning the commission clarified these figures by stating that this breakdown is a logical consequence of the realities of land distribution whereby 20pc of farmers work 80pc of the land.

“The Commission further clarified that 71pc of supports goes to farms in the range of 5-250ha - which changes the perception of the payments as these farms are perfectly normal family farms.

“Despite highlighting the 80:20 divide in the CAP and Budget papers, the Commission today urged MEPs not to draw conclusions too quickly from the 80:20 figures.

“But it did say there is good reason to look at the very big beneficiaries - a position the Parliament has always supported,” Ms McGuinness concluded.