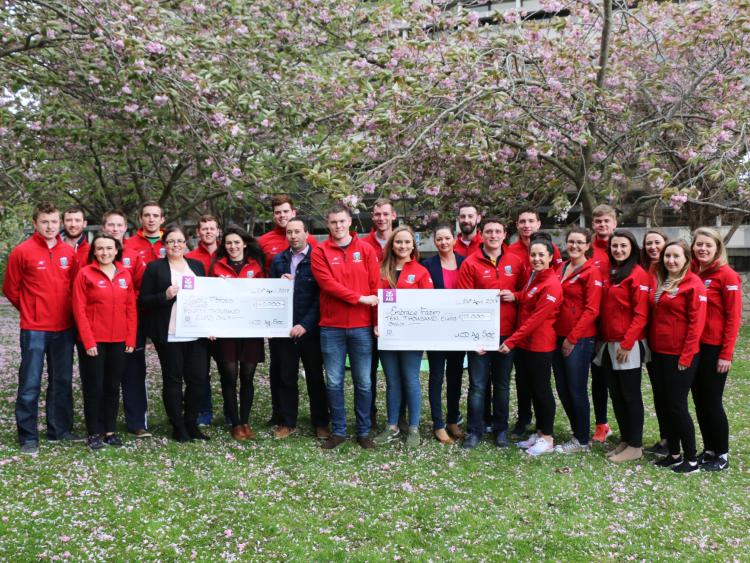 The highly impressive sum was raised following a number of successful fundraising activities during the 2016/17 academic year.

Speaking at the recent presentation ceremony of funds to the two charities, AgSoc Auditor, Stage 4 BAgrSc Animal and Crop Production student Seán Holian said, “I never thought our fundraising activities would go so well and that we would raise such a large sum of money for both Cystic Fibrosis Ireland and Embrace FARM. AgSoc continues to grow each year and it is very pleasing the great work of AgSoc will once again contribute significantly to those in need.”

AgSoc’s primary aim is to provide an opportunity for students with a common interest to make friends and build networks while studying at UCD. AgSoc’s fundraising and generous donations of monies raised has grown in recent years and is an element students can be very proud of.

Commenting on behalf of the 2016/17 AgSoc Committee, Mr Holian, who hails from Tuam, Co Galway, said, “I would like to wish next year’s AgSoc committee the very best of luck and encourage all incoming students to UCD to get involved with AgSoc. We have all made great friends and contacts through getting involved with AgSoc throughout the past year and we look forward to meeting these people again in our future careers in the agri-food industry.”

The AgSoc Committee also thanked all who generously supported the society throughout the year, noting a special thank you to each of their sponsors