Offaly Senior 'B' final goes ahead despite Covid concerns 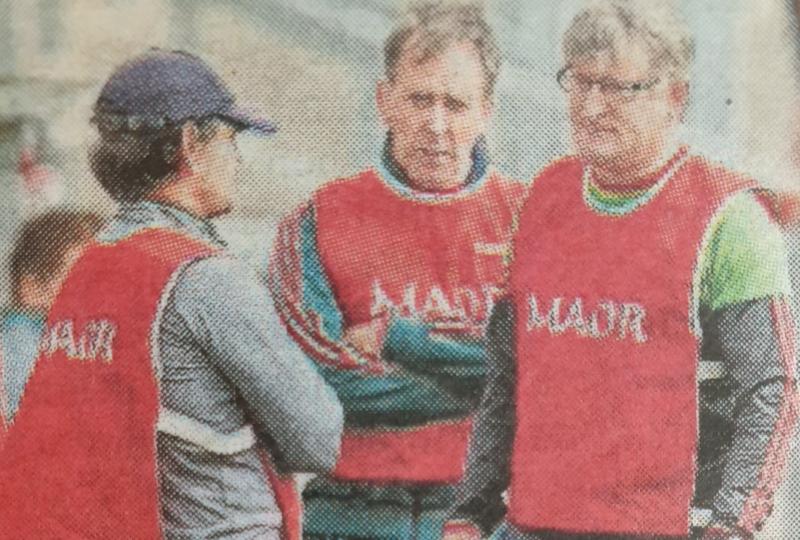 A COUNTY final in Offaly will go ahead this afternoon despite a request from one of the teams to postpone it because of concerns over Covid-19.

Shane Curran, manager of the Durrow football team, which will play Gracefield in the senior 'B' final at 1pm, accused the County Board of "blatant disregard" for the health of players and said he will not be attending the match.

Curran said the Durrow team coach Owen Mooney will also stay away from the game and explained the postponement was requested because of two players being "close contacts" of individuals who had tested positive.

He said one player had been tested and the result was negative but the result of the other test had not yet been received.

In a tweet on Sunday morning, Owen Mooney said should a cluster arise from today's game "we would all be responsible".

Mooney said he and Curran would not put themselves and their families in that situation.

Curran paid tribute to the magnificent commitment Durrow's players showed this year, describing them as a tremendous group supported by a brilliant executive.

He wished Durrow the best in the final and said he had no doubt they would do their community proud.

Mooney said the players and club had been "amazing" to them in what had been a hugely enjoyable year.

Durrow GAA published message of support for the team on their social media channels.

In a statement released this morning, Offaly GAA said no member of the Durrow senior football panel had tested positive.

"Offaly GAA were made aware of a positive case connected with the Durrow Club that resulted in one senior panel member being identified as a 'Close Contact'.  This player was subsequently tested and received a negative result.  As per HSE guidelines, this player must restrict his movements for 14 days," the statement said.

"At all times through this Pandemic, Offaly GAA has strictly followed HSE and GAA guidelines in relation to Covid-19 and has consistently encouraged our clubs to do likewise.  Since GAA activities restarted in June, we have advised that the 'Safe return to contact sports is the personal responsibility of each player and backroom member'.  We fully respect the individual choice of a person to step away at any time if they have a concern."