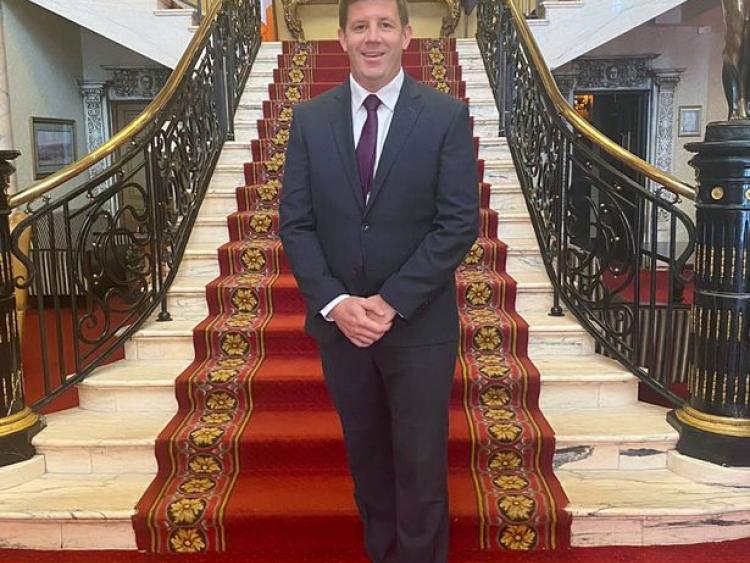 EVERYTHING was gradually returning to what was a new but accepted normality. An outdoor cafe culture was developing in Tullamore with restaurants making the most of the wider footpaths by placing tables and chairs outside and locals enjoying the relaxed ambience.

Then as Covid figures for Offaly increased, rumours were rife on Friday that another lock-down was imminent for counties Laois, Offaly and Kildare.

On Friday evening Taoiseach Micheal Martin dealt the hammer blow that restrictions were to be imposed. It was the news most expected but when it came it was still a shock.

''Devastating'' is how the general manager of the Bridge House Hotel Barry Kilroy described it.

''We had five good weeks of trade. Business was a lot better then we expected. But this was a kick in the teeth,'' he said.

120 of the 230 full and part-time staff had returned to work and Barry was confident of bringing another 20 back in the coming weeks. ''We were flying it,'' he said.

Now once again everything looks uncertain. ''The staff are finding it hard and are wondering what will happen. Is it going to be two weeks or longer. We have to reassess where we stand.''

The hotel has retained some of the staff to answer phones and to attend the carvery which is open for take-away food only.

The number of people staying at the hotel has also fallen dramatically, ''dead'' is how Barry expressed it. This follows a very positive start to August with between 70 and 80 per cent room occupancy at the hotel, ''that's all gone to zero,'' he said.

A wedding booked into the hotel for last Saturday, August 8, had to be cancelled at 6pm on Friday evening. The bride moved the reception to her home where a marquee was set up. The Bridge House Hotel supplied the food and waiting staff to help make up for the disappointment.

''They were very happy. They had their friends and family there and the weather was good,'' said Barry.

The hotel has three weddings booked in for the coming weeks and 16 weddings between September and October, a lot of brides are fearful now as to what will happen.

Barry is extremely thankful to the local people who he says have been ''very supportive'' during this time. ''It has been an eye-opener for me. I realise the Bridge House is part of the community,'' he adds.

Barry's biggest wish now is to get staff back working again. He describes the staff as a very loyal team. ''We want to try to secure their jobs for as long as possible and to reassure them they can have a stable income.''

Meanwhile, at the Court Hotel, a sign on the door reads.''Dear Valued Guest, In line with Government guidelines the Hotel is now closed.

We will be closed to the public from midnight Friday 7th August with a planned reopening on the 22nd of August.''

But what of the smaller restaurants? At the Indian Palace Restaurant in Tullamore there was sadness at the newly imposed restrictions.

''We re-opened on the 29th of June. We were doing well. Things were improving and people were coming out again. It was a shock,'' said co-owner Tariq Mehmood.

Luckily the restaurant is continuing with its take-away service. ''The take-away is not bad, we won't complain,'' said Tariq. Still he is hopeful that they can open again soon. ''But health is the main thing, '' added Tariq.