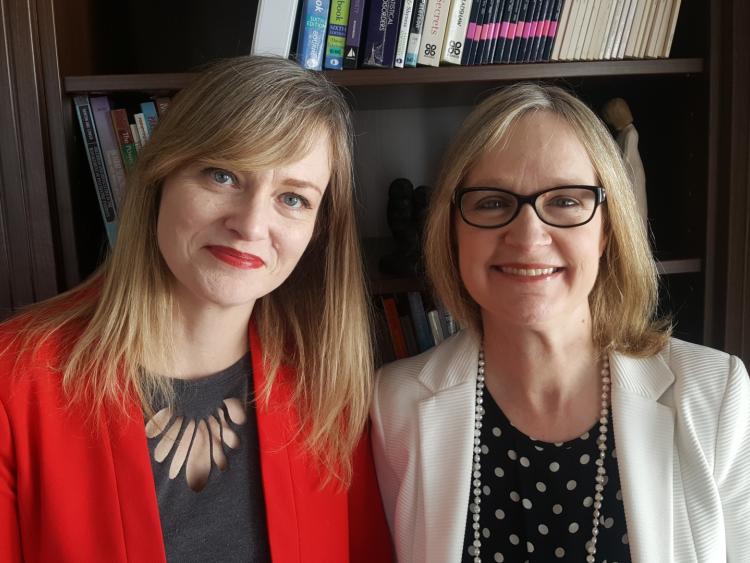 WE wrote recently about the concept of self-compassion, what it means and what its core elements are. Since then, the threat and fall-out of the Covid-19 virus has grown exponentially. Now more than ever we need to be compassionate to ourselves as well as to others.

Psychological research tells us that self-compassion is good for our mental fitness; it can make us more resilient to stress, anxiety and depression, improve our self-image, boost our immune systems and generally make us happier.

Most people understand what it is to be compassionate to others and are often very compassionate especially towards loved ones in distress. However, the idea of being compassionate to oneself is often quite an alien one. People who are prone to depression and anxiety in particular struggle with this idea.

Paul Gilbert, a UK-based psychologist, researcher and author developed Compassion Focussed Therapy out of a recognition that a subgroup of his patients continued to struggle with their mental health, despite conventional evidence-based psychological and pharmaceutical interventions. He noticed that these patients often suffered from a sense of shame and were highly self-critical. When he started addressing shame and self-criticism with his patients and cultivating self-compassion in them, he began to see encouraging results.

Self-compassion means seeing our struggles as universal. Life is hard and everyone gets sick, grows old, has relationship problems, experiences loss. Who would have thought just three short months ago that people worldwide would all be struggling to contain and manage a virus and that this would have such far-reaching effects? According to Gilbert, the practice of self-compassion has two parts – one is being sensitive and empathic to these struggles and the other is doing our best to alleviate the suffering.

So why then do many of us find this so difficult? Sometimes a person who regularly self-criticises thinks that this will motivate them to do better. There is no evidence in the psychological literature to support this assumption. Think about it; would you prefer to have a highly critical teacher for your child who shames and humiliates them when they get something wrong, or would you prefer a kind teacher who encourages, praises and gives constructive criticism when needed? Unquestionably it is the latter. We recognise that our child will benefit from the second scenario but not the first. We can be our own teachers and encourage ourselves rather than self-attack or self-shame. And we will be the better for it.

Others think that our standards will drop and that we are in some way letting ourselves “off the hook”, if we are compassionate towards ourselves. There is no evidence for this either. Instead, if we are self-compassionate, we are more likely to plan, to look after long-term as well as short-term goals, we are less likely to fear failure and we are more likely to admit mistakes because we will not attack ourselves if we do fail.

Nor is self-compassion the same as self-pity. One of the core elements of self-compassion is an understanding that we all belong to a common humanity and that everyone of us struggles at times. Reseach shows that self-compassionate people are able to appreciate and understand other people’s distress rather than just focussing on their own.

Finally, some people equate self-compassion with self-ishness. However, again the research tells us that self-compassionate people who look after their well-being are better able to give to others.

Most of us understand that to be physically fit and healthy we need to train, to work-out regularly and consistently. Also, that changes in our physical fitness do not happen overnight. However, being mentally fit requires an equal commitment and amount of practice. Now more than ever in spring 2020 we are universally experiencing higher levels of stress. Being sensitive, sympathetic and kind to ourselves in this struggle – all aspects of self-compassion – will help us manage this stress. When we talk to ourselves with compassion rather than criticism, we stimulate different neural pathways in our brains. Over time these become stronger. This is mental training. And the more we train, the stronger we become. Staying indoors as much as possible, making the short-term social sacrifices that are required in order to slow this virus down is ultimately a very current form of self-compassionate behaviour. It's hard to do in the short-term but it is for the longer-term good. Self-compassionate thinking, reasoning and behaviour are definitely tools that we can use daily to help in the current struggle against uncertainty and change.

Julie O'Flaherty and Imelda Ferguson are chartered clinical psychologists, both based in private practice in Tullamore. They write a fortnightly column on Positive Psychology for the Midland and Tullamore Tribune. Through Mind Your Self Midlands, they run courses on Positive Psychology and Mindfulness through the year. They can be contacted through the Psychological Society of Ireland www.psychologicalsociety.ie (Find a Psychologist section) or on their Facebook page, Mind Your Self Midlands.