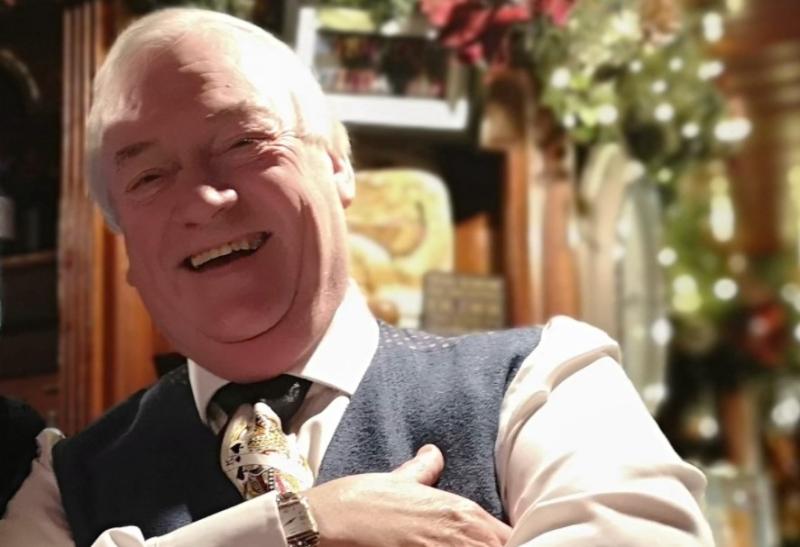 John Kelly of Kelly's Pub, Green Street, Birr. He says the uncertainty of it all is very frustrating for everybody

There is a great deal of frustration, despair, anger and soul searching among Offaly's publicans at the moment following last week's bombshell announcement by the Taoiseach that indoor hospitality was being kicked down the road again.

John Kelly of Kelly's pub on Green Street, Birr told the Tribune that the uncertainty of it all is very frustrating for everybody. “We don't know when we will able to welcome clientele indoors again,” he said. “That uncertainty is not great. If only we had a date from the government, but we don't. If we had a date then we could start preparing for the opening day.

“In fact, in anticipation of the belief that we were opening on July 5 I invited my staff back to the pub last week to prepare things. They were all very disappointed when they heard the Taoiseach's message that it wasn't happening.

“My chef is really keen to get back working. Like many people he is frustrated at being on furlough for so long and very badly wants to get back to the routine and fulfilment of regular work and the sometimes pleasant interactions he enjoys with diners.”

At the moment John has six outdoor tables at which people are consuming drink. He feels fortunate to have a beer garden unlike those publicans who can't open to the public at all. He hasn't asked his staff to go on furlough again, in anticipation of being given some good news by the government for July 19.

He added that he felt upset initially by last week's news, but as he thought about it he realised there was a logic, that things were being put on hold so more of the population could be vaccinated in advance of the Delta variant wave.

He praised the vaccination centres. “They are doing a fantastic job. They are very well run, very efficient.”

Brian Whelahan, who runs Whelahan's on Connaught St, told the Tribune that he one's of the fortunate ones because he has a beer garden in which he also has six tables.

“The six tables are only about 20% of my business but it's better than nothing and it's great to be serving the public again. I have sympathy for anyone who doesn't have a beer garden and can't open to the public, because I know what it's like. I only opened for three weeks last year and after about a year of shut doors I was very glad to open up again at the beginning of June. Furlough is mentally tough. Some publicans feel a sense of despair and soul searching as furlough drags on and on. I completely understand that. Mentally speaking, Lockdowns are totally unhealthy. As the month after month of furlough rolls by many publicans are weighed down with the feeling that there's no reason to get up in the morning, because there's no job anymore. It's a soul searching, soul destroying feeling.

“The government's talk had been about saving the summer. After last week's announcement we really felt that summer had just been detonated. There's talk about the possibility of opening up on July 19 but I wonder about that. They are going to issue the EU Digital Covid Cert, which is connected with travel, on July 19. That's why there is this emphasis on that particular date. But it's possible that the government will say no to indoor hospitality from July 19 and kick the can down the road again for another few weeks.

“People are at the end of their tether. They are asking how much longer will this last for? How much more do they have to endure?

“We are being stopped from earning our livelihood. A lot of the hospitality sector is still closed.

“Last week it was announced that four million had received at least their first jab and yet the pubs still had to remain shut. By contrast, last Christmas the pubs could open even when no one had been vaccinated.

“Another thing which doesn't make sense is if you are a resident in a hotel you can dine and drink in the hotel, and yet you can't drink inside a pub. The logic is sometimes breaking down. And the person being served a drink in a hotel is being served by a waiter who is not yet vaccinated.

“At the moment all the government is saying is they will review the situation in the near future, so there's a big sense of uncertainty.”