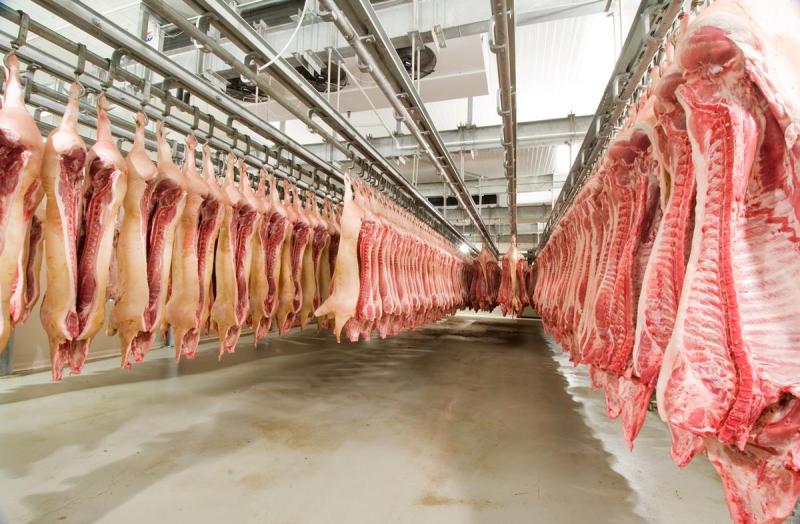 An Bord Pleanala has given planning permission for a new beef processing plant in Banagher.

PLANNING permission has finallly been granted by An Bord Pleanala (ABP) for the long awaited beef processing plant in Banagher. The decision to grant approval for the Banagher Chilling plant has been warmly welcomed by two Offaly TDs.

In welcoming the long-awaited €25m plant, Fianna Fáil TD Deputy Barry Cowen has called on the Government to take action to reduce the time it takes for An Bord Pleanála to make decisions.

Independent TD Deputy Carol Nolan also warmly welcomed the decision and said she had repeatedly engaged with ABP over a two year period in attempts to have a decision on the proposed site escalated, after having being initially informed in January of 2021 that an ABP inspector's report would be completed “within the next two weeks”.

Offaly County Council granted permission for the massive project back in August 2020 but that decision was subsequently appealed to An Bord Pleanála.

The application to Offaly County Council was made by Banagher Chilling Limited to build an extension at an existing abattoir in the location of Boheradurrow/Meenwaun, which is near Taylor's Cross on the Birr/Banagher road.

The proposed Banagher Chilling location was an abattoir for a number of years, which was also used for the slaughtering of unwanted horses during the recession. The premises was sold to a group of Chinese investors a few years ago.

An appeal was submitted to An Bord Pleanala by a group of concerned local people who argued that they was no justification for the development of a facility of this scale at this location.

The appeal stated that existing meat processing plants in the region are currently at or under capacity. “If this plant was to operate at a viable capacity,” stated the objectors, “it would lead to the failure of one or more of the existing plants under current conditions.”

Deputy Cowen said, “Obviously, I'm glad and delighted permission has finally been granted.  This development will be most welcome for the community and region in the first instance with the job creation associated with its construction but also of course as a competitive outlet for the farming sector.  New competition ensures markets can be filled creating new opportunities thus allowing farm families get fair prices for quality produce.

"I intend now to engage with the promoters of Banagher Chilling project, review the grant of permission and any conditions attached with a view to progressing and proceeding to its construction."

Deputy Nolan said: “At long last a decision has now been made that is capable of opening up the beef market in Ireland and offering increased competition and better prices for farmers.

“It is a pity it took so long to get to this point, but finally, after what appeared to be an inability to arrive at any kind of decision, and interminable environmental due diligence, we are now in a position to move forward and ensure that Offaly and indeed the wider region can be seen as open to large scale inward investment,” concluded Deputy Nolan.

Last May, Deputy Cowen received the support of the Dáil when he introduced a Bill which proposes to amend the Planning and Development Act 2000 to ensure that every appeal or referral is determined within a period of 12 weeks beginning on the date of receipt by the Board of the appeal or referral.

Emphasising the importance of action to reduce waiting times for planning approval, Deputy Cowen said, “Another lesson that must be acted on now is for government to move on the bill I put before the Dail last year which places onus on An Bord Pleanala to make decisions on appeals within a statutory time period of 12 weeks.

“In this day and age at a time especially of such increased costs associated with developments and at a time of housing crisis too, it is not good enough that proposed developments which meet all the necessary criteria and receive planning permission from the relevant local authority can be delayed by an ABP appeal for two years.

“The Judicial Review system then can further delay much needed, warranted and merited developments for possibly another 2/3 years.

"Such delays and procrastination have curtailed this country’s response to the housing crisis and hampered/delayed and ensured the loss of some commercial developments.  It’s essential that Government prescribe amendments to Planning and Development Act to unblock this serious impediment.''