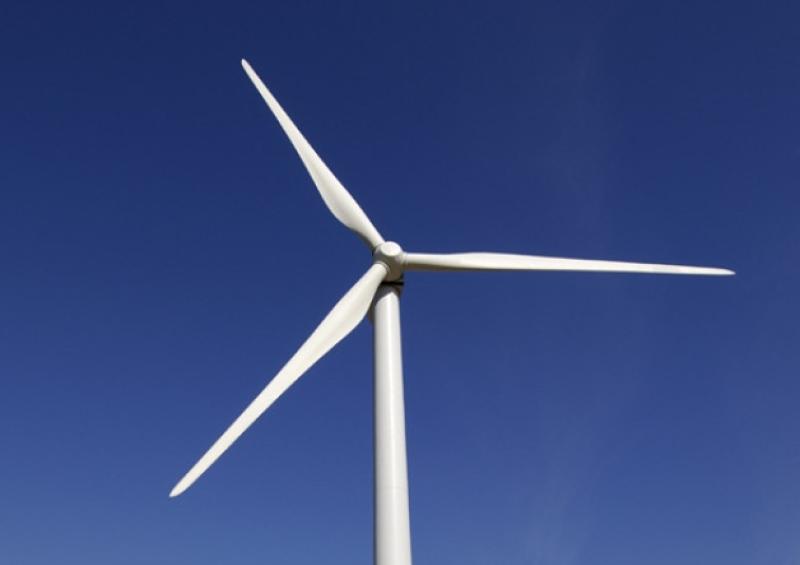 The proposed Yellow River wind farm near Rhode was granted planning permission in 2014 and with 29 turbines, is larger than the nearby Mountlucas wind farm which was developed by Bord na Mona.

The Yellow River facility has a capacity of 104MW whereas the capacity of Mountlucas is 84MW.

Yellow River will also be by far the most significant wind energy project in Offaly to be installed on private land.

It was originally developed by a Wexford company, Green Wind but was subsequently purchased by SSE Renewables.
Commenting on the success in the RESS-2 auction, Finlay McCutcheon, director of Onshore Renewables Europe at SSE Renewables said: “We’re delighted the Yellow River wind farm project has been provisionally successful in this auction round and has secured a route to market which will enable the onshore project to contribute to Ireland's 2030 renewable energy targets.

“We will continue to progress the project, with a target of completing the wind farm in 2024. Once operational, we look forward to working with the community to share the benefits of Yellow River wind farm through its substantial Community Fund.”

The company said that due to its 100MW-plus scale and the lower cost of delivery associated with onshore wind technology, Yellow River Wind Farm is one of the more competitive projects to have been successful in the RESS-2 process.

The provisional auction results are subject to Irish Government approval with confirmation due on June 15 next.

SSE Renewables says it will continue to progress the 29-turbine wind farm through development and towards a final investment decision. The project is expected to support up to 80 full-time construction jobs at peak.

The company said that subject to a “timely positive” final investment decision, it will operate the asset throughout its lifetime.

The wind farm will be capable of generating enough low-carbon renewable energy to power the equivalent of 66,000 homes annually and offset 71 million kg of carbon per annum, contributing significantly to Ireland's 2030 renewable energy targets.

The Community Benefit Fund will be worth around €9 million over the lifetime of the RESS-2 contract, added the company, saying the fund will be designed in consultation with the local community and will help promote a range of energy sustainability, climate action and other community initiatives in the area around the wind farm.

The wind farm project encountered significant opposition from some local people when it was first proposed and there was particular concern about its proximity to Croghan Hill.

However, it is strongly supported by 22 local landowners who have leased sites for turbines to the wind company and they launched a public campaign in 2019 against Bord na Mona when the peat and energy company was engaged in a local planning dispute with Green Wind.

The maximum tip height of the turbine blades will be 166 metres.

Twelve of the turbines are west of the R400 road, north west of Rhode village, and two more are about 900 metres north east of the village. Other turbines are in the north east corner of Offaly close to Westmeath and Meath boundary.

Elsewhere in north Offaly, Bord na Mona is nearing completion of its 21-turbine wind farm at Cloncreen, near Clonbullogue.
Separately, Statkraft have planning consent for Moanvane Wind Farm, a 12-turbine project between Geashill and Walsh Island.