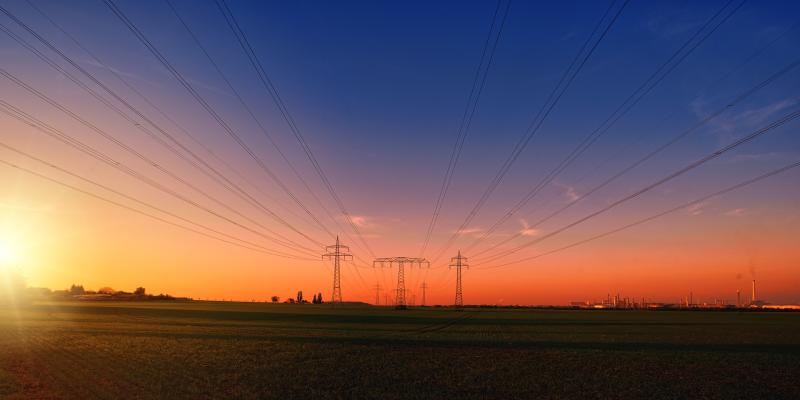 A Tullamore company is currently planning to construct a new national grid electricity unit in the Shannonbridge area.

Lumcloon Energy Ltd is calling its project “Shannonbridge B” and it should go to tender in early 2022.

“Shannonbridge B” will include the installation of a Battery Storage and Synchronous Condenser plant.

Lumcloon Energy Ltd employs 21 people and already operates two plants in the area, which have a 200 megawatt capacity, in Shannonbridge and in Lumcloon (near Cloghan). The operation and maintenance of these two plants is being looked after by the German company SMA.

Owner and Director of Lumcloon Energy, Nigel Reams, told the Midland Tribune that his company is providing a very important service which will become even more important in the coming years.

“In the coming years the electricity system in Ireland won't be able to meet the demand and there could be as much as a 2,000 megawatt shortfall. In that scenario our power storage facilities will prove invaluable.”

Lumcloon Energy stores excess energy from the national grid and boots it back into the national system when the demand arises.

Shannonbridge B will cost €100 million to construct. Synchronous condensers allow greater control of electrical power on the grid, which can be advantageous.

Back in 2019 Lumcloon Energy joined forces with South Korea's Hanwha Energy to build, in Lumcloon and Shannonbridge, one of the largest battery storage power plants in Europe, storing enough electricity to power 100,000 homes as part of a €150 million electricity project.

The battery facilities in Shannonbridge and Lumcloon house batteries similar to those found in electric cars and are utilised to store power that can be used at times of peak demand. The plants' combined capacity of 200 megawatts of electricity makes the Lumcloon-Hanwha project one of the biggest of its kind in Europe.

The sod-turning for the multi-million euro project was performed by Minister Richard Bruton, in September 2019 at the Lumcloon (Cloghan) facility. Also present was the Korean Ambassador to Ireland, Woon-Ki Lyeo and representatives from statutory bodies and agencies.

The battery stored power is capable of being called upon almost instantly to provide the system necessary to bolster a renewable based electricity grid. The two facilities are unobtrusive, almost silent in operation and are not a power plant in the conventional sense. 120 people were employed in building the Offaly facilities.

Electricity generated by wind farms during periods of low demand can be stored and used later when customers need power. The technology is common in Europe, particularly in countries that depend heavily on renewable electricity.

At the sod-turning, Mark Foley, CEO of Eirgrid, said this was a “prime, fantastic example of the marriage of Irish enterprise and world leading Korean technology that, when you put the two together, will provide vital system stability to Eirgrid, who have the challenge of accommodating and connecting all of this renewable energy but also maintaining the standard of service that everyone in this country expects, which is that the lights don't go out. We can't let this happen and the way we will not let this happen is through projects like this.”

Another project which Lumcloon Energy Ltd has been looking at in recent months is the creation of a Hydrogen Power Plant in West Offaly, but it is not certain if this project will be feasible or will go ahead. Hydrogen power has become more of a buzz word in Ireland over the last couple of years, and there's a plan to construct a hydrogen power plant near Cork Harbour. It's estimated this plant will employ 85 people after it's constructed.

Lumcloon Energy Ltd also plans to build a €500 million battery and gas plant in Rochfortbridge, Westmeath, but a number of objections have been lodged against this and the company is waiting for the decision of the planning authorities. The proposed battery facility in Rochfortbridge will store energy from the grid obtained at times of high wind generation and release it during high demand and periods of low renewable generation, while the natural gas generator will operate only at times of extreme or unanticipated pressure on supply and will draw gas (and eventually hydrogen) supplies from the natural gas pipeline a few kilometres to the north of the 50-acre site, which is just west of Rochfortbridge near the M6.

“Natural gas and ultimately hydrogen fuelled generation capacity,” said Nigel Reams, “will act as a support facility for intermittent wind and solar generation, operating at times when renewable generation falls off suddenly. Its high-tech design means that, unlike traditional gas-based generation plants, it can be switched on and off at very short notice, as required.

“The overall project has been developed to support the climate action commitments in the Programme for Government and the major new climate change policy expected from government in the autumn,” he said.

Mr Reams added that “there is a very real risk that electricity demand will suddenly begin to outstrip supply in the immediate future, with unanticipated and unplanned power outages for consumers as a consequence”.