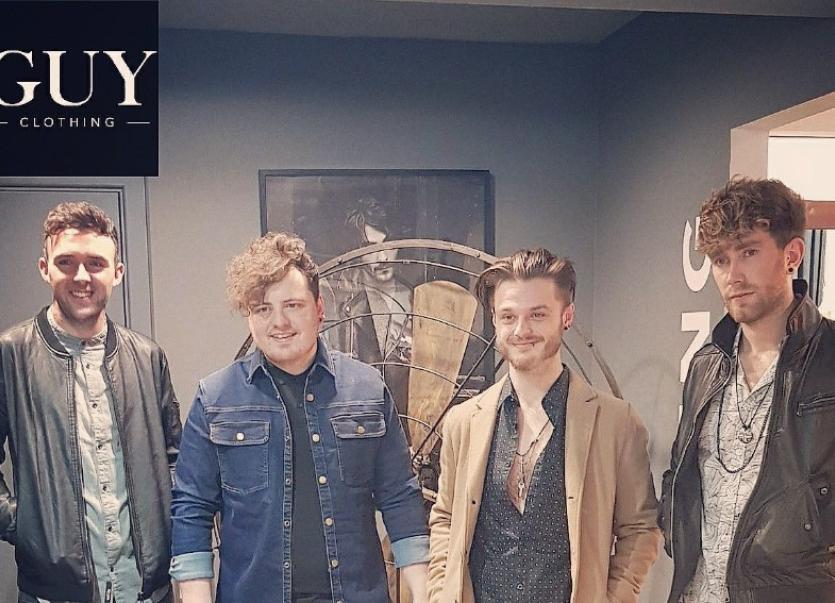 As the countdown continues to the release of their eagerly awaited new single, 'It's Too Late' on Friday, midlands based indie/pop band Fallen Lights have teamed up with Tullamore's Guy Clothing as their latest brand ambassadors.

Guy Clothing is owned and run by Anthony Kearns in Tullamore, and the store already sponsors the Offaly Express Sports Star of the Month awards.

If you haven't heard of this Mullingar four-piece, then you've probably only got a few days left to spend in the dark. Andrew, Jay, Joey, and Graham are hotly tipped to become Ireland's next big guitar band, and the response to 'It's Too Late' so far certainly seems to back that up.

The instantly memorable and catchy tune received it's first exclusive nationwide spin courtesy of Eoghan McDermott on 2FM last week, and has since been playlisted by Radio 1, and named as the Irish Artist of the Week by Spin 102/103 FM.

For a band that already looks likely to be one of the most talked about breakthrough acts of 2018, teaming up with fashion trendsetters Guy Clothing is one more step in that direction.