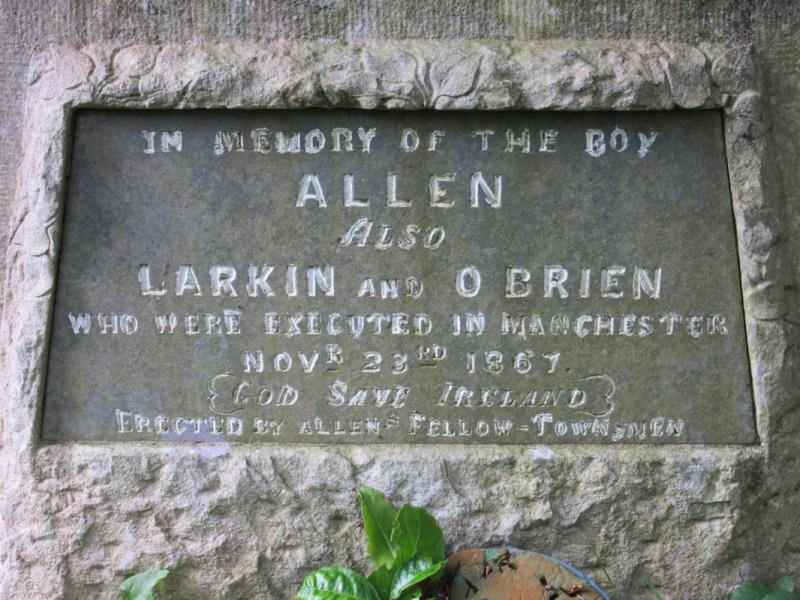 A heritage group in Lusmagh are set to remember an Offaly native and his comrades who executed in Manchester 150 years ago.

On November 23, 1867, the Manchester Martyrs, William Allen, Michael Larkin and Michael O’Brien were executed for the part the played in the rescue of the two Fenian leaders, Colonel Thomas Kelly and Captain Timothy Deasy.

Larkin was in fact a native of Lusmagh and had moved to Birr at an early age before emigrating to England.

On the exact date marking the 150th anniversary of these events, these men will be commemorated in Lusmagh on Thursday November 23, until Sunday, November 26.

The commemoration includes a dramatisation of their trial in Manchester and the final days of the Martyrs’ lives, as well as the unveiling of a memorial to Michael Larkin, which takes place on the Sunday.

More information can be sought from the Heritage Office at Offaly County Council.