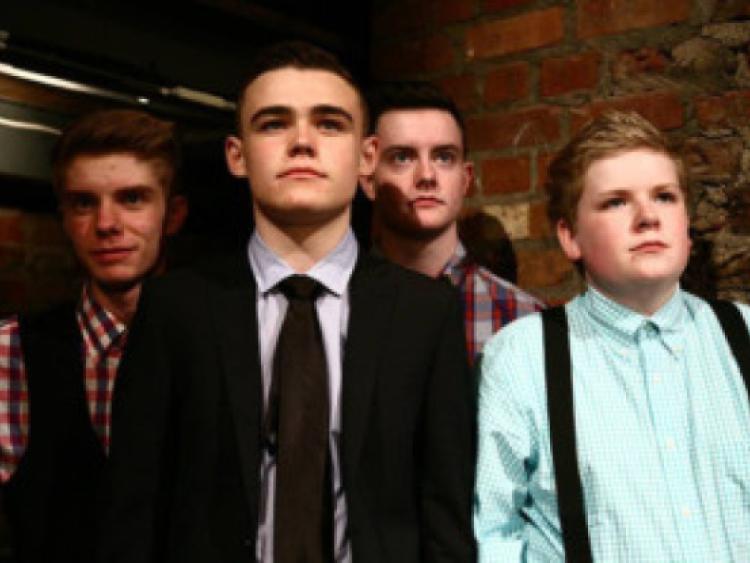 THE Portarlington French Festival will be taking place this weekend and has plenty of music from both local and national bands and artists.

THE Portarlington French Festival will be taking place this weekend and has plenty of music from both local and national bands and artists.

One of the bands performing is Cramptown Spaces. Cramptown Spaces were formed in 2010 and ever since have been writing songs. With a college degree in ‘Guitar Hero – Expert Level’ and a severe determination to write good music, Cramptown Spaces are a four piece indie rock outfit consisting of Conor Finnegan, Eamon Dunne, Eoin Laffere and Jordan Hearns. They were constructed in the fiery pits of the midlands of Ireland.

Cramptown Spaces take a unique twist on indie music with upbeat grooves, catchy hooks and clever riffs. They have appeared on Balcony TV and recently launched their first EP, ‘Step Back’ in the Dunamaise Arts Centre in Portlaoise on June 22. The group recorded the EP in Click Studios in Clane and Kodaline band member Jason Boland was engineer for the project. As well as a number of live gigs the group also have some videos on Youtube so fans can get a taste before the gig. One of their videos is a cover of song of the year - Saft Punk’s Get Lucky. The group will be performing throughout the summer so keep reading Stage Left for more details. They will be playing in Portarlington’s new music Venue STX at The Barrow Lodge on Sunday July 14.